At the Summer Solstice the Imperial Senate passed a motion to establish The Silver Chalice, a new order in the Imperial Conclave. Such a thing has not happened in many years, so the civil service have prepared a general briefing to help people understand how the laws work in this regard and how the Empire has deal with such matters traditionally.

The Manifesto
The Order of the Silver Chalice holds the following to be true:

The Order of the Silver Chalice therefore exists to:

Manifesto of the Silver Chalice

The creation of a new Conclave order requires a successful constitutional motion to be passed by the Imperial Senate. Formally, the manifesto of the order should be included in the motion; in this specific case the manifesto was read out on the floor of the Senate - so all senators should be aware of the manifesto they have approved. Once the motion is approved, the only changes that are allowed to the order's manifesto are minor changes designed to improve the grammar. Anything that the Constitutional Court consider to represent a substantive change would require further authorization by the Imperial Senate.

At the point where the motion is passed, then the Conclave order comes into legal existence - but it is not possible for any character to join the order until the motto and symbol are finalized, since both are required for a successful ritual to create the first arcane mark. The citizens involved with passing the motion have provided the civil service with the order's symbol and informed them that the motto will be "The well of life is bottomless''.

The magical ritual Arcane Mark allows a single magician to join an Imperial order when it is cast. Any number of magicians can join the order by performing this ritual, but it it not possible to use the ritual to create a new order - a different ritual is required to achieve that.

By tradition the Imperial civil service prepare an arcane projection to create the new arcane mark (and by extension the order) which is presented to those magicians assembled at the first meeting of the order. The motto and symbol of the order must be finalized by this point, as they are required by the ritual. Because of this requirement, those involved must obtain the help of an Autumn coven and the 10 additional mana crystals needed to perform the ritual. There is usually some competition to fill this prestigious role - after all it is not every day a coven gets to create a new order. It is common for any Autumn coven planning to join the order to volunteer but there is no formal or magical requirement for the magicians performing the ritual to be part of the new order. The order remains a formal part of the Conclave but no magician can join it until the ritual is complete.

The ritual allows everyone targeted to join the order at the same time that the order is created. In practice this usually saves valuable time and mana - provided that there are more than a few members looking to join.

The Overseer of Imperial Elections, Merlot, is due to present the arcane projection to the assembled magicians of the Conclave in the Hall of Worlds at 6pm on Saturday at the next summit.

No matter how many members join the order during the Autumn Equinox, it will automatically count as the smallest order in the Conclave for determining precedence. Precedence is based on the number of members an order has at the beginning of the summit. 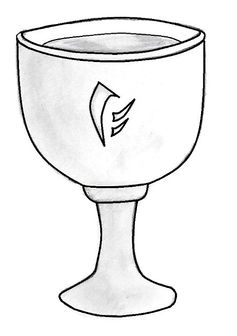 The Font and the Vaults

Once a Conclave order is established by the Imperial Senate it is eligible for a share of the font - however, initially, there are no members, so it does not receive any mana until the summit following the event at which the ritual to create the arcane mark is cast.

The order is eligible to receive a share of the ilium immediately, although it automatically counts as the smallest order in the Conclave for determining precedence, until the summit after the first members join.

A new order will not have any bequests, so it will usually have no unusual materials in the vaults. It is common for new orders to attract bequests in the first decade after they are created as people and powers take an interest in them.

The new grandmaster does not have the ability to acquire mana until a suitable source of mana is constructed. There are standard protocols used by the Imperial civil service for all orders, but the 30 wains of mithril (and 60 crowns) required must be provided by the new grandmaster at the end of their first summit elected. They will then be able to purchase mana normally following the next summit.