The Arratan Gamble stands in northern Enterio, in the League territory of Tassato. Custodianship of the Arratan Gamble grants an Imperial title; a seat on the Imperial Bourse; and a seasonal bounty of valuable white granite.

The Gamble is a large quarry; it's claimed that on a clear day the Arratan Gamble is visible from the tallest spires of the city. In addition to the white granite produced in the Gamble, the quarries of Entario are known for producing fine masonry stone using in construction throughout Tassato and the central Empire.

Official records have always named the quarry Arratan Gamble, but the quarry has also been known as Lerner’s Folly, and most often The Poor Choice. The reason is simple; as the ruination of many a citizen, the quarry is believed to be cursed. According to rumour, Ernesto Lerner von Temeschwar was the first of the victims claimed by the quarry. The first Imperial citizen to hold the Seat, he was an inveterate gambler. Within six months of taking the Seat, he was murdered - hurled off the top of the quarry by one of his many debtors. In plays and stories, Ernesto is killed by a group of people, each of whom had been promised the full production of the Arratan Gamble as collateral on a loan, or inducement to invest in his campaign to take the Bourse seat.

After that follows a litany of unfortunate seat holders; a Varushkan poisoned by an apple; a Marcher stabbed whilst visiting the "theatres" of Tassato Mestra. One notable death came when Tamani i Riqueza was killed when Mighty Franco, the largest single block of white granite ever raised from the quarry, somehow toppled over and crushed her.

Those of a rational persuasion do not believe the Gamble to be cursed. Many of them blame the dissolute lives of the victims themselves, and blame poor tallies on the workers themselves. The more cynical point out that every "victim" of the curse of the Arratan Gamble has come from somewhere other than Tassato, and point to the legendary jealousy of the citizens of the twin cities. They also like to point out that no magical investigation of the Arratan Gamble has ever found the slightest trace of a curse. This absence of obvious malediction has allowed conspiracy theories to run riot - perhaps the most famous of which is the existence of a shadowy secret society immortalized in the play "The Fellowship of the Red and Gold Mask" - a cultish cabal made up of members of prominent guilds from both Tassato Mestra and Tassato Regario motivated by a crazed desire to punish any "outsider" who meddles in the feud between Regario and Mestra. Sensible people dismiss these claims as wild - albeit entertaining - fabrication.

Still, a wise Seat apportions the bounty of white granite provided by the Seat cautiously; is careful never to get into debt; and gives the actual quarry itself (and its workers) a wide berth. 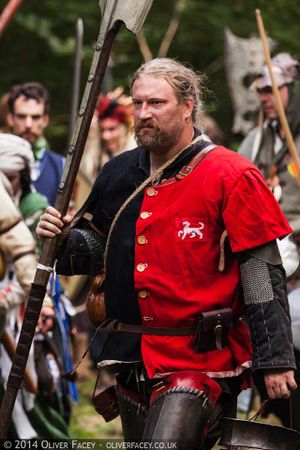 Erwillian Mann succeeded Thomas Talbot in the Seat
during the Summer Solstice 379YE.

The Seat has no particular responsibilities; they simply receive a bounty of white granite which is theirs to do with as they will. If the Arratan Gamble were to be threatened in any way, it would be the responsibility of the Seat to deal with those threats. Likewise, if any particular opportunity were to arise related to the Arratan Gamble, the Seat would expect to be consulted as to how that opportunity might be resolved.

The Seat has control of a source of white granite and receives Bourse certificates to represent that control. They can dispense this resource as they choose. Production is 25 Imperial wains of white granite every season.

Custodianship of the Arratan Gamble is retained for a year, or until the citizen holding the seat dies, or steps down. An Imperial Bourse seat cannot be revoked by the Imperial Synod.

This title is currently held by Ames the Amiable; it will be reelected at Summer Solstice 384YE. The table to the right shows the citizens who have been elected to hold this title in the years since Empress Britta died.