The Imperial Constitution charges the Synod with the responsibility to remove from office those citizens whose behaviour is deemed unvirtuous. A judgement of revocation is the mechanism to allow this; if successful the revoked citizen immediately loses the Imperial title they held, exactly as if they had resigned the position.

There are important limitations on the powers of the Synod. In most cases, a revocation will immediately force a new election but there is nothing to prevent the revoked citizen from standing for the position again if they wish to do so. What is more if they are successful they cannot be revoked again during their term.

The Synod will remove from Imperial Office those whose behaviour is deemed unvirtuous whether they sit upon the Throne; serve the people in the Senate or on the Military Council or in the Civil Service; or serve within the councils of the Synod itself. 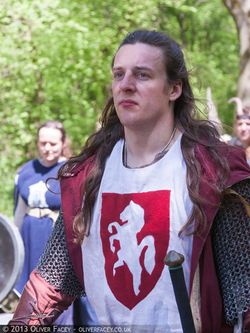 A judgement of revocation must specify a single citizen and the Imperial title that they hold. It is possible to revoke a national or an Imperial position. It is also possible to revoke a civil service position such as the Tribune of the Synod or the Speaker for the Senate. Revocation cannot be used to force a citizen to abdicate a title they have been appointed to by a foreign power.

When a judgement of revocation is submitted, the Tribune is responsible for informing the subject of the judgement. Usually they will send a messenger to find the citizen to ask them to attend the Hub so that they can be briefed on the development.

There are rules limiting which Imperial titles an assembly may revoke:

When new Imperial titles are created, the Senate motion may specify which assemblies or assemblies will be able to revoke the position, however any deviation from the well worn constitutional paths defined above will be subject to heavy scrutiny by the constitutional court.

A judgement of revocation requires a lesser majority to pass.

A slip is not a fall.

A citizen who is revoked is immediately removed from the Imperial title specified in the judgement of revocation, as if they had stepped down or died. This means that if the Imperial title is one that is automatically scheduled by the Imperial civil service whenever it falls empty then they will schedule a new election as normal. If the election for a title is triggered by action by a citizen such as a senate motion, synod judgement or similar - then an re-election will take place once that happens.

If the subject is not present in the Hub for the verdict, then it is the responsibility of the Tribune to inform them of the outcome of the judgement. It is common for Synod members to confront a citizen to revoke them personally - to pronounce the verdict of the Synod. In this case, the Tribune will usually attempt to accompany the Synod members so that they can appraise the citizen of their status and their options.

If the Synod do not wish to confront the subject, then the Tribune will usually send word to ask the citizen to attend the hub, or attend the next meeting of the Senate, Military Council or Conclave if the citizen holds a title there. Although the revoked citizen no longer has the authority to use the legal powers of their title at the point where the judgement is passed, it is only a crime if they continue to do so after they have been informed of the judgement. A priest who wishes to ensure this does not happen is well advised to take the time to inform the recipient themselves.

It is perfectly legal for the citizen who has just been revoked to put themselves forward for the title. If they are re-elected then this indicates this is taken as indication that their electors have chosen to accept that individual in spite of any alleged shortcomings. As a result they may not be revoked again for the remainder of their term. If the Imperial title is for life - then they may not be revoked from that position for as long as they continue to hold it. The exception is a title appointed by a motion of the Imperial Senate; in this case each time the title is appointed it is treated as a new term and receives no protection from revocation.

A revocation that is carried out on the grounds that the person holding the title is absent from Anvil when their services are needed, or equivalent, is often referred to as a reappointment. This politer phrasing is legally identical to a revocation, but does not carry the stigma of an implied lack of virtue.

"You dare to speak to me in that manner? I am the Cardinal of this Assembly!"

"Not as of ten minutes ago, you aren't."