This page concerns the legal power of the Imperial Synod. The religious skill of excommunication is found here. 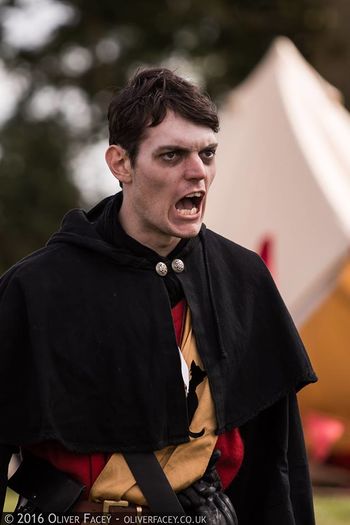 The writ of excommunication is the wrath of the Synod made manifest.

When a judgement of excommunication is submitted, the Tribune is responsible for informing the subject of the judgement. Usually they will send a messenger to find the citizen to ask them to attend the Hub so that they can be briefed on the development.

A judgement to issue a writ of excommunication requires a greater majority to pass.

Nothing dries faster than a tear.

If a character is issued with a writ of excommunication by the Imperial Synod then they immediately lose any Imperial title they currently hold. They are no longer eligible for consideration for any Imperial title, regardless of whether it is a national or Imperial position.

If the subject is not present in the Hub for the verdict, then it is the responsibility of the Tribune to inform them of the outcome of the judgement. It is common for Synod members to confront a citizen to issue them with the writ of excommunication personally - to explain the decision and potentially to perform the ceremony of excommunication. In this case, the Tribune will usually attempt to accompany the Synod members so that they can appraise the citizen of their status and their options.

If the Synod do not wish to convey the writ themselves, then the Tribune will usually send word to ask the citizen to attend the hub, or attend the next meeting of the Senate, Military Council or Conclave if the citizen holds a title there. Although the excommunicated citizen no longer has the authority to use the legal powers of their title at the point where the judgement is passed, it is only a crime if they continue to do so after they have been informed of the judgement. A priest who wishes to ensure this does not happen is well advised to take the time to inform the recipient themselves.

If the election of the title is scheduled by the civil service or the Tribune of the Synod, then they will schedule a new election as quickly as possible, provided that there is sufficient time remaining that summit to ensure that the majority of citizens who are eligible to vote will have a chance to do so. Otherwise the election will be scheduled for the following summit.

Spiritually, an excommunicated person is held to be beyond redemption. Ceremonies performed upon a citizen who is the subject of a writ of excommunication are exempt from any investigation or accusation of the religious crime of abuse of powers. This is primarily intended to enable the use of the excommunication ceremony. A few claim that excommunication may prohibit their soul's passage through the Labyrinth and deny their reincarnation, but this change of doctrine has been rejected by the Synod on more than one occasion.

The Synod has the legal right to claim any money the character possesses when the writ is delivered, but does not have the right to claim any future income or other goods such as wains of mithril, weirwood or white granite, crystal mana or magical items. An excommunicated character may still operate their personal resource and will continue to receive the production along with their income at the start of each event.

This judgement may also be used to reconcile someone who has been excommunicated with the Imperial Synod. Such a use of the writ is often referred to as a judgement of acceptance. A Writ of Excommunication is rarely used in this form, so infrequently that no requirement for a separate judgement was considered necessary.

The judgement is raised in the general assembly as normal, and as with the judgement required to place the writ it requires a greater majority. If the judgement passes in this form, the excommunication is removed. The subject regains the right to be considered for an Imperial title, and is no longer considered "fair game" for the use of ceremonial skills. They do not have the right to demand the return of any confiscated goods, and do not automatically regain any former title.

As with the original writ, if the subject is not present in the hub when the judgement passes it is the responsibility of the Tribune to inform them of the outcome of the judgement as above.

"Alayna, you are without remorse. Without worth. Without virtue. You have broken no law by which you may face justice, but by the judgement of the Synod, you are the lowest of the low and unworthy to look any true citizen in the eye."

Stormcrow Vigg, upon serving a writ of excommunication upon the Troubador Alayna

The following citizens have received the Writ of Excommunication from the General Assembly of the Synod since the death of Empress Britta.