Where possible, members of the Constitutional Court will attempt to provide advice to any senator or their proxy who requests it, to give senators the best chance of ensuring their motion is legitimate. However, advice given by any individual member is not considered binding by the Court, and all Senate motions are subject to further scrutiny once they have been passed on the floor of the Senate. Constitutional issues which are identified during the motion's implementation, after it has passed, will still cause it to be rejected or amended.

Ultimately, scrutiny is the keystone of the fundamental game design of the Senate to ensure the game remains enjoyable for as many players for as long as possible. While we strive to keep the game focussed on the roleplaying that happens in the field as much as humanly possible, scrutiny exists for out-of-character reasons to ensure Empire remains fun to play. 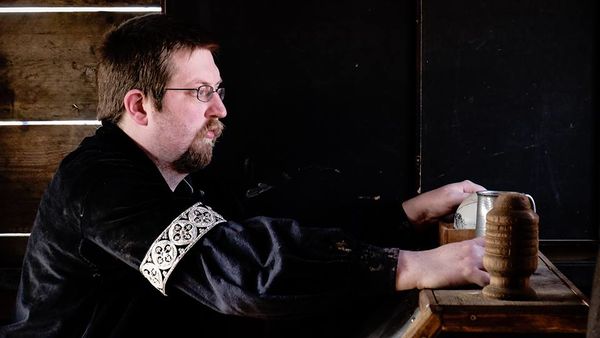 The Constitutional Court is composed of a number of magistrates and civil servants whose job is to ensure that the motions passed by the Senate can be implemented in accordance with the Imperial Constitution. The members of the Court discuss the precise wording of a motion once it has passed the floor of the Senate to discuss how it will be implemented and whether that implementation is compatible with the Constitution. They will seek advice from the senator who submitted the motion to complete any necessary details that are missing and add the completed motion to the recent history in the Imperial archives.

Members of the Court have different areas of expertise. The Auditor is concerned with what is physically possible for the Empire to achieve, what things cost, how long things take to construct. The Chief Magistrate is primarily concerned with maintaining the integrity of Imperial law and ensuring that the constitutional processes are followed. Magistrate Abraham and the Imperial Archivist examine motions to ensure that they are compatible with the spirit of the Constitution and will ensure the "dignity, freedom, and prosperity" of Imperial citizens. The Court usually strives for unanimous consensus decisions, but in extremis, they will vote; Abraham has the casting vote in the event of a tie.

It is important to understand that the roles played by the members of the court are designed to accord with their OOC responsibilities in upholding Empire's game design. Jon Creek runs the magistrate team that enforces Imperial law, Graeme is the head of rules for Empire, while Andy and Matt oversee the game itself. They have characters so that players can interact with them, seek them out in-character for advice, put in-character arguments to them, and discuss their pronouncements with other characters. These four members of the Empire team ultimately determine when and how a Senate motion is implemented, therefore they play the NPC characters who form the body that makes that determination in-character.

Any character in Anvil who is looking to submit a Senate motion that they believe may have constitutional or practical implications are well advised to seek out the appropriate member of the Constitutional Court before submitting their motion. The Auditor is able to give general advice as well as provide costings for sinecures, ministries and other motions. The Chief Magistrate can provide advice on changes to Imperial law as well as matters of the Constitution itself. If a constitutional issue is particularly complex, then Abraham may be able to provide additional useful advice.

The purpose of this advice is to give players an opportunity to talk to those characters best able to help them find the best wording for their motion and to minimize the chances that a motion will be amended or ruled unconstitutional after it has passed the Senate.

It is perfectly fine to request advice from the Court before the summit begins. The Court will examine any provisional Senate motions sent to us between events and provide the best advice available.

Once a motion has passed the floor of the Senate, the civil service will try to ensure that all the necessary details have been completed and begin to scrutinize the motion to check that it is compatible with the Constitution. As a result of this scrutiny, the Constitutional Court may choose to accept, amend or reject a motion.

Scrutiny cannot be completed until after the summit is concluded, when the Court have the time to discuss every motion at length and consider every possible ramification. It is not possible to give definitive advice on a motion during the summit.

Any motion passed by the Senate that passes scrutiny will be accepted by the Constitutional Court. The motion passes into law and will be added to the Imperial Archives accordingly. Once a motion has been accepted by the Court, we will not make any further changes, unless it becomes clear that the motion is so profoundly game breaking that it warrants the game rules being changed.

If the Senate pass a motion, then our game team will take that as indication that they would like the motion to pass scrutiny. If a motion is potentially viable - but has constitutional problems then we will propose the smallest possible amendments that we think would be necessary to make the motion pass scrutiny. These amendments will be discussed with the senator who submitted the motion. Once the wording of an amended motion can be agreed with the senator, then a representative of the Chief Magistrate will present the amended motion to the Senate using an administrative motion at the next available Senate session.

If scrutiny of a motion identifies constitutional problems during a summit then we will attempt to discuss them with the senator during the event. In many cases, problems will only be identified after the summit is over, when there is time to consider the motion in detail. In these circumstances, we will attempt to email the player who submitted the motion to discuss the amendments with them before the next event. The amended motion will then be put forward for approval on Friday of the next event.

The Imperial Constitution is designed to allow us to preserve the spirit and ethos of the game, in line with the underlying game design. Motions that clearly violate the constitution, will be rejected as unconstitutional. This is a relatively rare outcome, very few motions have been rejected in recent years and it is extremely unlikely to happen if the citizens who drafted the motion took good advice.

Examples of things which are guaranteed to be rejected by the magistrates include expelling a nation from the Empire, dispossessing citizens of their wealth and property, centralizing additional powers to The Throne or Senate, disestablishing the Bourse, Conclave, Military Council or Synod or frivolous or stupid laws.