Of course it was a lie you fool. Bruised apples have black cores. Stop yammering about virtue! It's a long list but unless you buggers added an eighth while I was eating lunch, honesty ain't on it. It's an address - she can say what she sodding likes and that ain't a crime. Those with wits and a care to use them will decide for themselves what to believe. 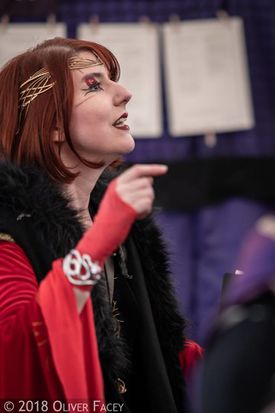 The power to make a Senate address is possessed by only
a handful of Imperial titles.

A Senate address is an opportunity for an individual to make a presentation to the Imperial Senate at a Senate session. Only a handful of Imperial titles confer the right to address the Senate, but they traditionally include The Throne and the Master of the Imperial Mint.

The Senate may create new Imperial titles with this power if they wish; this is most appropriate where the holder of the title does not need to attend regular Senate sessions but may need to report regularly to the Senate.

It is also possible to confer the right to make an address on a named citizen regardless of any Imperial title held. This is usually expressed as an invitation for the individual to address the Senate.

Regardless of any responsibilities or expectations, the Senate cannot set the content of an address. A citizen who chooses to address the Senate may speak on any matter they wish.

The Constitutional Court have indicated that it is not constitutional to have the right to address the Senate more than once a summit. 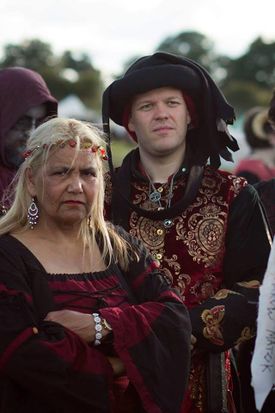 An address that is over-long, rambling, or prone to digression
are often very poorly received.

An Imperial citizen who has the right to address the Senate may do so by informing the Speaker for the Senate of their intention. The Speaker will add the item to the agenda for the next session.

The citizen should ensure that they are present at the chamber throughout the session, as they may be called at any time. They may only enter the chamber once called, and must leave when their address is concluded. The citizen may choose to inform the Speaker of the rough content of their address in advance if they wish.

The citizen making an address will be allowed a few minutes to speak during which those present in the chamber are expected to remain reasonably quiet. Although the citizen has been granted the legal right to address the Senate on a matter of their choice, the Speaker determines how long they may speak for. The purpose of an address is to present the Senate with information that is of interest to them. Individuals who try the Senate's patience by talking too long on a subject that it is clearly of diminishing interest to everyone present will be instructed to conclude their address early by the Speaker.

After the presentation is complete, the Speaker will allow some time for members of the Senate to ask questions and for the speaker to reply.