So, to summarize Master, we've no bloody money, no bloody mithril, and no bloody hope of getting any? Right - I move we pass the motion anyway. I don't give two shits where the ruddy Freeborn get the Mithril from. You don't plough another person's field.

The Master of the Imperial Mint is based in Tassato and has ceremonial responsibility for producing all Imperial coinage and protecting it against forgers. The position of Master of the Mint comes with an opulent apartment in Tassato overlooking the river as well as a position on the Imperial Bourse. By tradition the Master is able to address the Imperial Senate at their own behest or on the instruction of the Bourse.

This Bourse position is reserved for a citizen of The League who presents the largest bid. Part of the payment is used to pay for the expenses incurred in running the mint, the remainder is taken by the Senate treasury. It does not produce any material wealth, but many a skilful occupant has found ways to turn a cheap seat on the Bourse to a profit.

The title was created during the reign of Emperor Giovanni, under the direct sponsorship of The Throne. Giovanni saw the title as a vital go-between for the Bourse and the Senate, able to keep both groups appraised of important matters. While this may have been the intent, when the title was created it was given no specific responsibilities. Some Masters favour the Bourse, while others attempt to convince their fellow seat holders to cooperate with the Senate rather than pursue pure profit. Most walk a fine line between houses, however, avoiding becoming too tied to one or the other. Many see the relative freedom of the Master as a necessary component of the office - and as the seat cannot be revoked, it tends to be somewhat moot.

The Master of the Mint is a member of the Senate. They are entitled to enter the Senate chamber at the start of a Senate session and participate in the debates. They do not have the power to raise motions or to vote on a motion.

The Master of the Mint has the right to make a Senate address once per summit. This is intended to allow them to present important information for the senators consideration. To make an address, the Master must inform the Speaker for the Senate of their intention, so that the Speaker can add the address to the agenda for the next Senate session.

The Master of the Imperial Mint is a Bourse position. It is an Imperial title that grants the right to participate on the rare occasion when the Imperial Bourse as a body is required to make a decision, and take part in any auction of appointments.

The Master of the Imperial Mint may appoint a proxy. 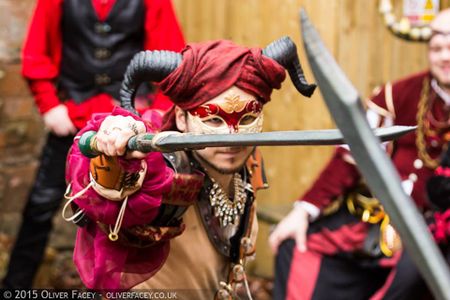 The Master of the Mint is appointed during the Spring Equinox each year. Election is by open auction, overseen by the civil service.

The title may only be held by a League citizen. As a title appointed through the Bourse, they cannot be revoked by the Imperial Synod.

This title is currently held by Lieselotte van Holberg; it will be reelected at Spring Equinox 384YE. The table to the right shows the citizens who have been elected to hold this title in the years since Empress Britta died.