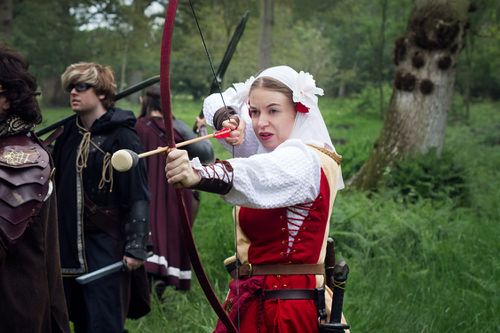 Bows (and crossbows) are lethal weapons in the hands of a skilled user.

You may throw weapons of 8” or larger provided that it has been passed as safe for throwing. Throwing weapons may include axes and javelins, but you cannot throw shuriken, rocks or tiny throwing knives shorter than 8” long.

You may use a bow or crossbow. All missile weapons require both hands to shoot, and do IMPALE automatically, with no need to call the effect.

This skill allows you to wield one-handed spears, two-handed weapons, pole-arms and pikes. 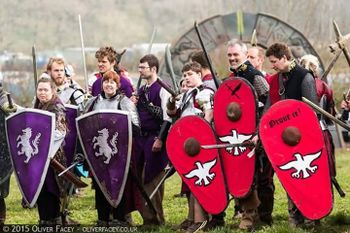 Any character can use a buckler up to 15” in diameter. A character with this skill can use a larger shield; the maximum size for the shield is based on the shield shape.

Some special calls still affect a character even if the blow is blocked by a shield and it is important for a shield user to know which ones these are so they can react appropriately. A character is still repelled, entangled, or knocked off their feet if the blow strikes their shield, although they do not lose any hits. 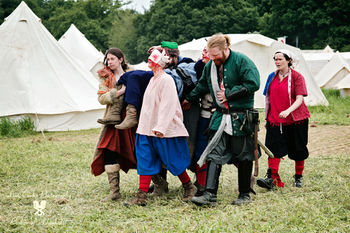