The page covers what little is known by Imperial citizens about the elite Jotun troops - most of this information is not widely known across the Empire - but soldiers and commanders who have fought the Jotun before could be familiar with it.

Players who are interested in getting more involved in monstering at Empire can create their own elite Jotun monster group from one of the known forces listed below. The list is deliberately limited - the Jotun have weaknesses in their fighting strengths as well as strengths - so it is not possible for players to create a new kirkja or similar.

Veneration of their oldest and most powerful ancestors is central to the Jotun culture. Most orcs venerate their ancestors - but the Jotun go far beyond this. The lands they have conquered are dotted with temples - called Kirkja - each raised for the worship of one of the faðir - the oldest and most powerful of the Jotun ancestors. The Jotun view the faðir as gods - as powerful living beings that dispense favours to those who win their favour. Their Kirkja are commanded by the godhi, Jotun priests who claim that they can intercede with their faðir, beseeching them for aid to use against the Jotun's enemies.

Each Kirkja is dedicated to the worship of a single faðir, a member of the pantheon of Jotun gods. In the eyes of the Jotun, worship means practice and training as a warrior reflecting the profound emphasis on martial strength made by each of the Jotun ancestors. The godhi instruct the faithful, teaching them how to fight in ways that will please the ancestor they have dedicated their life to emulating. Devotees drill together, an act that serves as communal worship of their ancestor whilst also preparing them to fight side-by-side in battle.

Marching to war under banners and regalia marked with the symbol of their god, these holy warriors form the elite core at the heart of every Jotun army. The warriors of the Kirkja usually have the best weapons and armour of any Jotun troops with the wealthiest sporting helms fashioned to resemble the head of a totem animal. 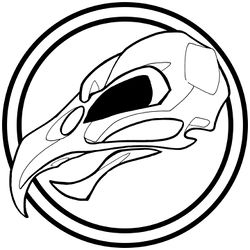 Raðljóst is considered the wisest of the faðir by the Jotun and his godhi often serve as advisers to the Jotun rulers. Their legends claim he stole the magic of the runes from the trolls outwitting them in contests of drinking, sprinting and wrestling. The Raðljóst seek to impress their ancestor through their boldness and ingenuity. On the battlefield their primary focus is to disrupt shield walls and other defences - not by shattering weapons - but by closing with them and striking over the shield walls. For this task most Raðljóst favour the flail but axes are also common - especially axes that are reinforced so that they can be used to hook the enemies shield down. Their ranks may even include a few spear-users.

The Raðljóst make extensive use of runes in their armour and shields and include many more magicians in their number than other Jotun units - using them both offensively and defensively where they can - again with the goal of disrupting defensive positions. The godhi claim that Raðljóst had command of every creature that flew by wing and so his symbol is the bird skull, depicted either in profile or looking directly forward. 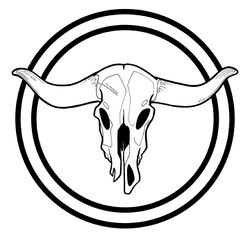 Skaldi is a popular faðir who epitomizes the tenacity of the Jotun people. Warriors who follow Skaldi pride themselves on their stoic determination to stand their ground no matter the odds. On the battlefield they are among the most disciplined of all the elite Jotun units, fighting in formation, each warrior striving to protect those who stand on either side of him or her. The Skaldi fight with a shield in one hand and a weapon in the other - usually an axe, sword or rarely a one-handed spear. They rarely form a tight shield wall - their preferred deployment is a loose formation that allows each warrior to move to attack and defend. On the battlefield they seek to pin down enemy units, seeking to hold them in place so that other Jotun groups can maneuver to deliver the killing blow.

Skjaldir! Hold our line together

The godhi claim that Cathan Canae took Skaldi as a shield bearer and lover, so impressed was she by his tenacity and resolve. Whatever the truth of the claim, it is clear that the Eternal favours the Skaldir and often honours them with boons that aid them in battle. Skaldi's symbol is the skull of an aurochs - a great horned wild cattle rare in the Empire, but still common in some parts of the Jotun lands. 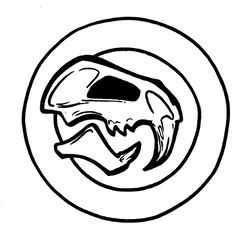 Ulven is acknowledged as the oldest and most powerful of the faðir in effect the ruler of the Jotun pantheon. Legends claim she stood nearly seven feet tall and was strong enough to fell trees with a single strike of her axe. She was famed for her savage direct assaults in battle, attacking without fear and relying on the ferocity of her attacks to carry her through. The Ulverwar strive to emulate their patron throwing themselves into battle with little concern for their own safety.

Ulvenwar! Drive our foe before us

Many Ulvenwar wear the head and pelt of a large bear, wolf or dire beast over their armour, a trophy they are only permitted to wear if they have slain the creature with their bare hands. In battle they carry great weapons, usually axes, but swords and maces are not unknown, and disdain a shield. Ulven's symbol is a roaring animal skull, commonly a bear or wolf, it is usually depicted in white on a deep red background on banners and similar. 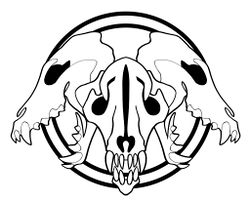 In Jotun legends, Ulfur is the patient hunter, seeking out quarry and striking only at the perfect moment. Her followers pride themselves on their patience and dedication to their orders, seeking to control their instincts to revel in the violence of battle and remain above the fray to only commit at the right moment. On the battlefield a commander will call on this discipline when they need to implement a complex strategy - otherwise they will be given orders to hunt down enemy wizards, ritual teams and similar high-value targets such as battlefield commanders. Ulfur usually wear heavy furs, thick leather or mithril armour - disavowing the weight of steel armour in favour of the potential for rapid movement. In battle they like to commit with sudden swiftness, preferring to soften up their opponents with thrown axes and similar in the moments before they strike.

Ulfur! Drive the dagger in their hearts

The Ulfur make extensive use of magical weapons and equipment, believing that the mark of a true warrior is one who is prepared for the hunt. Thresher's Cudgel are common when hunting wizards, or a weapon the Jotun call Winter's Breath which weakens the enemy when they strike. The godhi claim that Ulfur learned to hunt by running with a pack of wolves, and her symbol is a wolf skull facing forwards flanked by skulls facing left and right on either side.