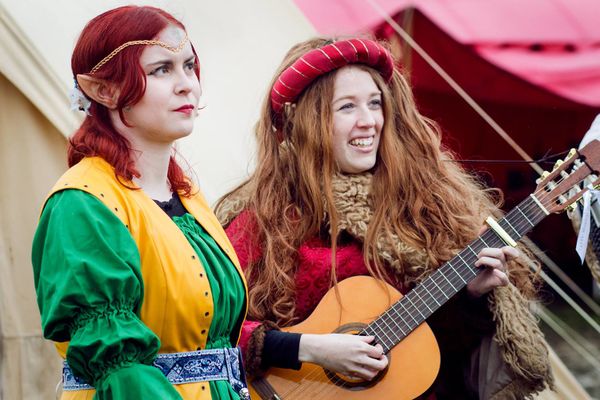 The more people know of your glory, the faster you will pass through the Labyrinth of Ages

The Dawn zeal for a glorious life infects both yeofolk and noble alike. Every challenge is an opportunity to relish, a chance to better oneself, to prove one's worth. Most nobles devote their life to honing their skills and seeking out opportunities for glory. Every yeofolk who takes the battlefield knows that life is presenting them with an opportunity to prove themselves and so the Imperial army recruiters can afford to pick and choose from long lines of volunteers.

Although triumph is the ultimate goal, the glory comes as much from attempting dangerous and difficult deeds as from succeeding. What draws disdain is not failure but inaction, passing up a chance for glory because of indecision or a fear of defeat. The Dawnish take failure as seriously as they take success, but mindless stupidity is not tolerated - glory accrues to those who did everything imaginable to succeed, not to those whose only plan was to throw themselves on their enemies swords.

The Dawnish believe that the more people know of your glory, the more quickly you will pass through the Labyrinth of Ages. They consider glory superior to the Wintermark notion of heroism because glory requires the acknowledgement of your peers. Glorious acts are intrinsically difficult, it is not enough to be successful, the glorious individual must prove the act was noteworthy by accomplishing it in an impressive or dramatic way. Finding a loophole around a challenge isn't useless - but it isn't glorious - for that is something anyone could have achieved. Glory is also different to heroism in that only your own deeds matter, you are judged purely on your own merits, you cannot achieve glory by riding on another individuals success.

Troubadours argue over what constitutes the most glorious deed - the difficulty and challenge of the deed are important but so is the motivation of those involved. Glorious deeds are not just difficult or dangerous they serve a higher purpose. To slay the dragon is glorious but it is more glorious still to do it for love.