Karsk spoils of war (Redirected from Karsk Spoils of War)

Karsk spoils of war (Redirected from 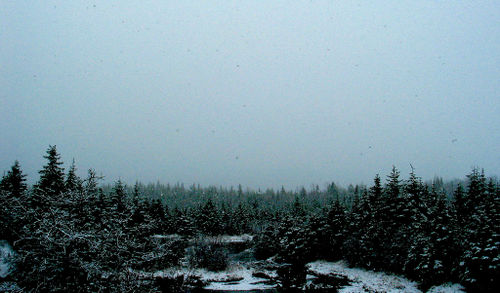 Following the liberation of Karsk by Imperial troops in Spring 378YE, these resources were presented to the Military council for assignment as spoils of war during the Summer Solstice, 378YE.

Congregation / Rank 3
When their curse-ridden vale was overrun with barbarians, the musicians of Veresk found their Way. With a repertoire of songs and morality tales based on the adventures of the Varushkan virtuous animals, they have been silently travelling the paths of Karsk by day and singing around campfires at night, instilling virtue where they could in the Imperial citizens that remained there. Now with Karsk back in Imperial hands, the Stzena need someone to cater to their spiritual needs on their grim journeys around the harsh territory.

Mana Site / Rank 2
It is perhaps ironic that Oloy, renowned as a centre for making defensive talismans, fell so quickly to the barbarian invasion. The mana site of one of the former Volhov working in Oloy, Proritsatel is a circle of ancient tree stumps surrounding a natural crater that remains as a testament to the skill and power of those brave Volhov who died in its defence.

Weltsilver Mine / Rank 4
This Crowslook mine is tainted with the history of slavery and oppression and was the scene of several bloody battles at the start of the orc rebellion. Collapsed shafts still resonate with what sounds like the death-rattles of former workers and slaves caught in one of the frequent cave-ins. Despite this reputation, there is still plenty of weltsilver in the depths of the hills here for those who care not for its history, only its produce.

Ambergelt / Rank 3
The Thule presence in the Krevsaty region has severely depleted the natural supplies of ambergelt. The Krevsaty Yelta is perhaps the largest single source of ambergelt in Karsk that has remained untouched by Thule hands. Perhaps the mere presence of the frightful faces warding the trees were enough to dissuade them, or maybe their extraction plans were thwarted by warding magic that has now faded.

Business / Rank 2
This Isember based hostelry has had some rough and ready customers, but an owner can turn quite a profit if they don't mind where the money comes from. Isember has mostly been deserted and ruined, but the Sovereign's Heart still stands, waiting patiently to see if the town will be rebuilt and making its coin on what might become an Imperial outpost or a booming frontier town. Either way, its owner stands to make some coin.

Herb Garden / Rank 3
Woe betide he who unwittingly takes a Mora as a spouse and then mistreats her. When Karsk was lost to the barbarians, Grezny Mudrosti of Kopevnost turned to drink and began cursing his wife for their misfortune, little knowing that his wife's tongue held more powerful curses than he could imagine. The neighbours found his body one morning, flayed alive with a bloated crow feasting on his severed tongue. Of his Mora wife Nastasya there was no sign, though her excellently tended and well stocked herb garden remains as the place of refuge she sought from her husband's shouts and fists, all the while waiting patiently for the revenge she craved.

Dragonbone Forest / Rank 4
Fine deposits of Dragonbone sit silently amongst the roots in the great forest of Lestasny. The Mir Mozga area is particularly rich in this material which seems to have gone unnoticed and untouched by the recent barbarian incursions. The original owner is unknown, most likely a casualty of war or an Isembrite traitor.

Military Unit / Rank 3
Boyar Slava Milijovic and his professional soldiery defended their vale in the hills of Nitrost against barbarian incursions for ten long years, but Slava himself fell in battle when the Empire routed the barbarians from his beloved homeland. Once known as Slava's Schlacta, the band have been renamed the Goats of Karsk in 379YE by Hubert Gremani after he took over the leadership.

Green Iron Mine / Rank 5
The last actual Zeleny was executed in 325YE for her part in the death of the Senator of Karsk, and the mine has passed through a chain of hands since then. While the three largest mining families - the Malinov, the Sloev and the Pravin - dominate much of the mining activity in Moresvah, the grand mine of Zeleny Zheleza has always been held in Vard rather than Ushkan hands. Local folklore suggests that the mine is cursed, and that the owner will invariably meet a grim end. Despite a long history of conflict with the three dominant families, and despite being thoroughly plundered by the barbarians during the occupation, Zeleny Zheleza remains the most prominent and lucrative single mine in Karsk.