Limitu Principality House of the Way

Limitu Principality House of the Way

This ministry was closed by the Prince of Limitu Principality shortly before the Autumn Equinox 382YE. When it was active it did not represent an Imperial title.

The position of co-ordinator of Limitu temple is not an Imperial title. Limitu Principality House of the Way (or the Majaviis in the northern dialect spoken in Limitu) is a temple of the Way build by Imperial expatriates in the northern Principalities of Jarm. As part of its operation, it receives regular donations of liao from the Empire. With this in mind, the priests operating the temple have asked that an Imperial co-ordinator be appointed to deal with the donations.

During the Spring Equinox 379YE, Jimenez i Erigo (a representative of a group of priests living in the northern principality of Limitu) approached the Imperial Synod for assistance building a temple of the Way. The Magician-Prince Hillar of Limitu had given the priests - most of them Imperial missionaries - permission to build a "significant temple" in his principality, provided they arranged all the construction themselves. With the assistance of the Imperial priests, the missionaries were able to secure the materials and labour to create the temple, and work was completed shortly before the Summer Solstice 379YE.

During their visit, the missionary representative requested that the Assembly of Nine suggest someone specifically to co-ordinate Imperial support for the new temple of the Way.

The co-ordinator is responsible for maintaining the relationship between the Imperial Synod and the faithful in Limitu principality. This involves arranging regular donations of liao, and offering advice or assistance to the missionaries in northern Jarm should they require it. In theory, the co-ordinator might also be asked to vouch for the missionaries during any dealing with the Magician-Princes of Jarm.

Liao is very hard to acquire in the Principalities of Jarm, and without it the potent ceremonies of the priests of the Way will be of limited use. If the missionaries at the House of the Way are to encourage the people to take them seriously they will need considerable amounts of this expensive (in Jarm) substance. While they are investigating local alternatives, that is certainly a long-term project.

The virtuous priests of Limitu principality will look to the co-ordinator when they require assistance or advice in spreading the Way in northern Jarm. In addition, it is likely that the Magician-Princes of Jarm will likewise expect to deal with the co-ordinator over any business involving the temple, the missionaries, or the practice of the Way in Jarm (especially Northern Jarm).

The co-ordinator can provide liao to the priests of northern Jarm; in return they receive a small bounty of crystal mana. This functions in the same manner as a traditional ministry. The amount of mana received is reflected by the size of the donation of liao provided. The ambassador donates the liao during downtime from their character page. Liao is removed from, and crystal mana is placed into, the character's inventory when the downtime is processed.

The production of the ministry is entirely dependant both on the gratitude of the priests in northern Jarm, and on the forbearance of the Jarmish Magician-Prince of Limitu.

This exchange represents donations to the missionaries, in return for which the Synod receives a portion of the donations of crystal mana made by Jarmish converts to the Way. 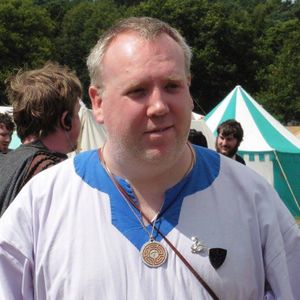 One Imperial is responsible for overseeing donations.

Anyone may hold the position of co-ordinator; as this is not an Imperial title, there is no requirement for the holder to be an Imperial citizen.

The co-ordinator can be removed at any time by the priests of the Limitu Principality temple. The temple itself could be shut-down or embargoed by the Magician-Prince of Limitu Principality, or by an order of the Jarmish House of Princes. The Assembly of Nine could also reassign the position at any time by sending a Messenger to Limitu temple informing them of the change.

The position of Co-ordinator is not an Imperial title. A character could hold this position and still have an Imperial title. The Empire has little control over the position; in theory possession of the title and how it works is at the mercy of non-player characters. The Senate cannot abrogate the existence of the position, nor amend its powers or responsibilities. Likewise, while the Assembly of Nine can appoint someone to the position, there is no requirement for the missionaries (or the Jarmish princes) to recognise a candidate they deem unsuitable.