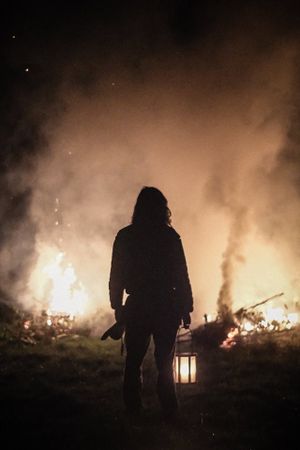 The Mournwold has been savaged by war.

Following the final liberation of Mournwold after the Autumn Equinox 381YE, these resources were presented to the Military council for assignment as spoils of war during the Winter Solstice, 381YE. There are potential problems with the assignment of three of the resources, which are currently in the hands of former Jotun thralls, as detailed in the Wind of Fortune. In the end the spoils of war were finally assigned during the Spring Equinox 382YE, with the three resources claimed by the Jotun thralls remaining in their hands.

Whilst the town was devastated by the Jotun invasion, they needed several buildings intact to maintain a scouting post. The sprawling Old Oak Inn, the oldest building in the town, was one of these. The inn has stood for two centuries, built up around the trunk of an actual oak tree - the oldest and largest tree in Southmoor. Even the Jotun respected its size and age, choosing to let it stand even when they were cutting wood for their fortification of Hillstop.

Nearly destroyed when the fortification at Sarcombe was destroyed by the Jotun, the inn is in dire need of repair and whitewashing - but the sturdy walls and most of the roof still stand. At first used as a barracks, it quickly returned to its function as a hostelry and improvised trading post. Scouts heading to and from Liathaven formed the bulk of its initial custom, but it is growing steadily more prosperous and an ambitious individual might be able to take charge and turn it into something special. Indeed, if Sarcombe were restored and given an Imperial charter as a market town, there may well be opportunities to expand the Old Oak significantly.

Alderly is a forest of old oak and sycamore, and the people who live here have always had a reputation as being strange - perhaps even as strange as the Bregas to the north. The woodcutters, charcoal burners, and hunters who live here have are said to have more than a trace of Feni blood in their ancestry, and if stories are to be believed there is at least one enclave of their ancestors living deep in the woods. There may well be some truth in the stories - the yeofolk who live around the outskirts of Alderly have a renowned skill with herbs of all kind. At Alderly's Edge - not far from the ruins of an estate that once belonged to the steward of House Cliffen - there is a permanent market where tight-lipped Alderfolk come on the last day of each month to trade herbs, food, charcoal, and tales with one another. In the past, the market was overseen and protected by the steward who received a bounty of herbs as a consequence. The Alderfolk have grudgingly suggested to the egregore that they would not be unhappy if someone were to come to the Mourn and take up that role again.

Whilst the Ore Hills are most famous for their green iron, there are also other mining and quarrying activities in the region. Prior to the Jotun invasion the quarry of Matilda Stone was one of the largest and most prosperous. Owned by a cantankerous mining family, the Hoopers, who were outspoken opponents of the farming families who dominated Marcher political life. What became of the family is not recorded; the Jotun worked the quarry for most of the occupation with a combination of human and orc thralls. The thralls largely left with the Jotun, or chose to return to farms on the Chalkdowns, leaving the various mining and quarrying interests of the family open to new ownership. Whilst many mundane ores and hard stones were mined here, the area is particularly noted for the prevalence of tempest jade among the rocks. Jade from Matilda Stone Quarries is very much in demand by weaponsmiths in the mourn, as it is said to be particularly resonant, infused with the tempestuous and argumentative nature of generations of Hoopers.

High in the Ore Hills, this rich green iron is reputed to be the resting place of Jonah Gold. According to the stories and songs, it was here that he was betrayed by a jealous friend and left to die in a cave-in. Nobody can say for sure if there is any truth to these stories, but if the famous miner's skeleton does lie here it has yet to be discovered. The mine has been marked with tragedy - in 326YE the owner Mary Digger was one of the ringleaders of the raiders who attacked the Chalkdowns after the disastrous harvest. The magistrates tracked her back to the mine, and she was hanged from a blasted oak that still stands near the entrance. It is said that on the anniversary of her death, eerie singing is heard in the depths of the mine - perhaps Jonah Gold, or perhaps Mary Digger's unquiet spirit. The Jotun placed totem stones around the tree, apparently intended to warn off one or both of these ghostly figures.

Where the Chalkdowns meet the Golden Downs of Mitwold, not far from the forest of Alderly, sits Eversweet Orchard. Years of careful cultivation meant that these trees produce the finest cider in the Mournwold. When the Jotun marched in, they were pelted with ripe and rotten apples alike until there were none left to oppose them. As such, the dead of Eversweet rest in the extremely fertile soil of their own orchard. The farm is currently inhabited by an elderly matriarch, a Jotun thrall called Hamma the Lame, and her very extensive family. The thralls have spent years extending the farm, working relentlessly to clear more land and plant more trees, so that it is now nearly twice its original size and one of the richest farms in the Mournwold. They are proud of their orchard, and have no interest in leaving their trees; indeed two generations of their own dead now rest among the same roots where the Marchers have been buried for hundreds of years.

When the Jotun thralls came to Mournwold they laid claim to the old iron deposits on Black Briar Hill, a massive black hill that forms part of Southmoor, not far from the ruins of Sarcombe. The shallow deposits of iron that were dug out of the open pit mines were played out well over a century ago, so everyone thought they were pots for rags when they set about digging great new shafts into the mountainside. If the mine was odd, the folk who dug it were odder still, dressed in dark tunics and robes they kept themselves to themselves for the most part. But occasionally rumours fly of strange creatures working in the mines at Black Hill... goblins of some kind or brownies perhaps.

The mine is currently claimed by the Circle of the Steel King, a group of peculiar Jotun thralls led by Casta the Black. The actual mine is poor, producing barely enough pig iron to pay the workers needed to dig it out. But according to the official civil service assessment, the strange spiralling tunnels contain numerous mana crystals growing in veins exposed in the rock face that are much more valuable.

The Golden Hoof is an expansive hill farm on the Green March which contains a vast flock of fine sheep. The beasts produce some of the best wool in the region as well as plentiful supplies of lamb and mutton. The original farm was held by Iron Mel (no relation of Mel of Mourn), a fierce woman named for the iron bar she used to carry with her everywhere in place of a cudgel. Mel and her family were wiped out fighting against the Jotun during the first invasion. The flock suffered badly as a result, with nobody to care for the animals they were soon taken for mutton by soldiers in both armies.

Fifteen years ago, a Jotun thrall called Hap the Soft took over the farm. He brought in fresh sheep but Hap also took in orphans from across the Mourn - both Marcher and Jotun. These children were trained as shepherds, serving as apprentices in exchange for their board until they came of age. Many of the current generation of orphans died when the curses wracked the Mourn, but the war has made many new Jotun orphans and the farm is growing prosperous again.