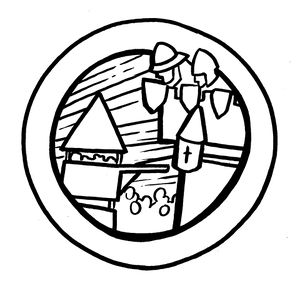 While the League used to field a second army, the Towerjacks, that army ceased to exist in 346YE when its officers and soldiers dedicated themselves to the defence of their home territory (Holberg). While they were active, the Towerjacks were known for their expertise at siege warfare. With the liberation of Holberg, the officers of the Towerjacks let it be known that they were prepared to return to active duty, provided they could be returned to full strength. A motion before the Senate during the Summer Solstice 379YE gained permission to reinstate the Towerjacks. When their resupply and recruitment are complete, a new general was appointed in Winter 379YE.

The second League General leads the Towerjacks army, and is appointed (or re-appointed) at the Winter Solstice each year.

The soldiers of the Towerjacks are renowned across the Empire for their expertise with siege tactics.

This title is currently held by Natalia "The Falcon" Barossa; it will be reelected at Winter Solstice 384YE. The table to the right shows the citizens who have been elected to hold the title of General of the Towerjacks in the years since Empress Britta died.