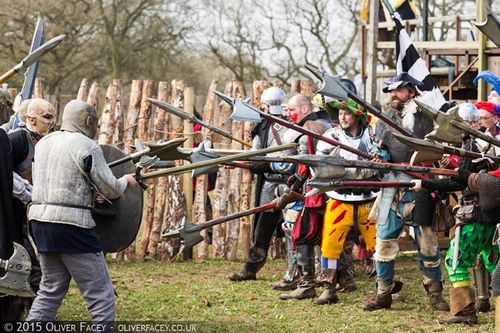 The campaign has been long, and hard.

Following the liberation of Holberg by Imperial troops in Spring 379YE, these resources have been presented to the Military council for assignment as spoils of war during the Summer Solstice, 379YE following the assignnment of Holberg to an Imperial nation.

Business / Rank 5
Founded well before Holbeg joined either the League or the Empire, Wunderkind has a long and distinguished history. Established by graduates of the university, it specialised in the design and commission of devices that showcased the excellence of Holberg engineering. In addition to ingenious mechanical toys commissioned by the wealthiest citizens, the guild designed and built everything from fountains, to water pumps, to cranes, and even dabbled in landscaping, siegeworks and the development of precision crossbows. The invasion of the Druj changed the focus of the guild, as they worked closely with the Towerjacks in the defence of the city. Now, their expertise honed by thirty years of experience in the manufacture of war machinery, the Wunderkind Guild seeks a patron to lead them into a new era of Prosperity. Not only is there a queue of potential customers attracted by the Wunderkind name, but the guild is well respected in the city and brings with it a significant number of votes in the election for Senator.

Congregation / Rank 4
When the Druj got as far as Holmauer, many gave up and retreated into the upper city. They left their homes and many of their possessions behind them. The congregation of the Holmauer Vigils never gave up, however, and refused to leave. They waged a quiet, subversive war against the invaders for a generation, often using the same tactics of ambush and traps as the barbarians. Even after the outer city fell to the Druj they refused to give up, and their numbers were bolstered by others dedicated to ideals of Pride, Courage and Ambition who would stop at nothing to city liberated. When their church was destroyed by catapults, and overrun by Druj, they renamed themselves the Eastern Front; they not only fought the Druj, but ministered to the Imperial citizens who stayed behind to resist the barbarian orcs. Now that the Druj have been driven back, they have kept their wartime nickname, but turned their attention away from war and towards the reconstruction of Holmauer and the reclamation of the devastated land that has suffered three decades of occupation by the Druj.

Ambergelt Forest / Rank 3
Sorensdromen is a small, well-hidden preserve in the forests of Utterlund which was once a recognised place of outstanding natural beauty. Famed as a lover's retreat, it also produced quantities of ambergelt prized for their translucence and clarity. Sadly, thirty years of Druj occupation have twisted the entire area. Beautiful groves of centuries-old trees have been ruthlessly cut back, and the ambergelt pines themselves warped by the blackest arts of the orc foresters. While their production has been improved, it has left the once-gorgeous trees twisted and misshapen; when the ambergelt flows it looks as if the trees are literally weeping at what has been done to them.

Green Iron Mine / Rank 3
When the Druj brought down the Great Pits at Ennerlund over the Winter Solstice of 378YE, a group of slave miners were lucky enough to be trapped in one of the upper levels and survived the initial collapse. Desperate to find a way to escape, they used the limited mining equipment they had to try and make an escape. The threat of a slow painful death by suffication, hunger, thirst - or a quick death by drowning as the pumps gave out - spurred them to heroic endeavour. Through a combination of mining knowledge and abandoned tunnels, they managed to make their way to the north and west of the Great Pit - where they encountered a hitherto-unknown deposit of green iron; the few who made it out alive immediately staked a claim and are now looking for someone to invest in their new mining enterprise.

Farm / Rank 3
On the edge of the reclaimed the Morass lies the Kröger, an orchard farmstead bounded by the swamp to the south and west and by great wooden barricades to the north and east well-known for the variety and piquancy of its pear harvest. The hardy inhabitants held out against Druj incursions partly through stubborness, partly by making themselves too much trouble to capture, and partly due to being on a defensive position on a penninsula sticking out into a the treacherous marshes. While they have largely been able to maintain their levvees, they are beginning to lose the southern edge of their land to the encroaching marshland. Like many of the surviving Holberg natives, the Krögers are looking for a partnership to help sell their produce and preserve their legacy.

Business / Rank 2
While their modest business was never directly threatened by the orcs - being sited as it is near the centre of Holfried - Ledger Domain nonetheless struggled through lean times during the Druj occupation. Manufacturers and binders of books and parchments, they were particularly known for fine quality illustrations and delicate gilding - as well as for using only the best quality paper. They survived the siege primarily by selling their wares to the University, but now they are looking for new markets - their work has always been particularly popular with the Reckoner guilds of the south.

Military Unit / Rank 2
Previously, these hard-bitten ex-bandits served under the self-styled bandit warlord of Misericorde, Graffler, who was slain by heroes of the Empire some time in 377YE. With the demise of their leader, the group was riven by internal squabbling and forced deeper into the forests by the retreating Druj. They spent two years fighting a guerilla war against the orcs, and now a group of them have decided to give up banditry and turn themselves in for clemency. Comprised of many of the more level-headed and practical bandits, they now have their official reprieve and form an effective military unit ready to fight for the Empire - provided an appropriate captain can be found who has the chutzpah to keep their baser tendencies in line.

Herb Garden / Rank 3
Production: 6 doses of true vervain, 2 doses of cerulean mazzarine, 2 does of bladeroot, 4 doses of Imperial roseweald and 4 doses of marrowort.
Amongst the recent casualties of the war was the late Doctor Ventner, who even at the height of the conflict insisted on frequent trips to the Morass to gather ingredients for potions and poultices to treat the wounded. His remarkable greenhouse, built for him by a grateful architect patient, still stands in eastern Holfried. Despite being built of hundreds of panes of glass, it has survived more-or-less intact for thirty years despite being dangerously close to the walls and the bombardment of Druj siege weaponry. Now it is vacant, and urgently needs a skilled horticulturalist to take it over and preserve the many wonderful medicinal plants within.

The Great Pits of Ennerlund

Not actually a spoil of war, but worth mentioning: the Great Pits of Ennerlund were a fine mithril mine. At their height, they were one of the richest sources of mithril in the Empire. work has begun to rebuild them after they were devastated by the Druj in Winter 378YE. Once work is complete, the Imperial Senate will make the decision about whether to allocate them as an Imperial resource once again, or to make them a National resource controlled by the League.

Until thirty years ago, the Towerjacks of Holberg were the second League army alongside the Wolves of War. When the territory fell, they chose to dedicate themselves to the protection of the city and its remaining citizens. With the Druj in retreat, and the liberation of the entirety of Holberg looking certain, their officers are believed to have entered negotiations regarding their return to active duty. As befits an army that has traditionally drawn many of its leaders from the westernmost of the League cities, the Towerjacks are well versed in all forms of siege warfare. To bring the Towerjacks back up to full strength would require 125 wains of Mithril, take 6 months and require a motion before the Imperial Senate. The Towerjacks officers have quietly let it be known that if they have not been recommissioned by the end of the Autumn Equinox 379YE, it is likely that they will seek employment elsewhere.

The full extent of the Druj damage to the territory of Holberg has yet to be determined. One obvious concern is that the Druj employed powerful Spring magic in their subjugation of the territory, leading to widespread disease and the destruction of the levees around the Morass in the south. Indeed, thanks to their parting shot the trees of the northern forest and the southern marshes alike have been possessed with a malign awareness and are actively attacking armies and structures alike. Most settlements outside Holfried itself have been destroyed - and the suburbs of Holmauer have been absolutely levelled. Regarless of the outcome of the liberation it may be years or even decades before Holberg is back on its feet.