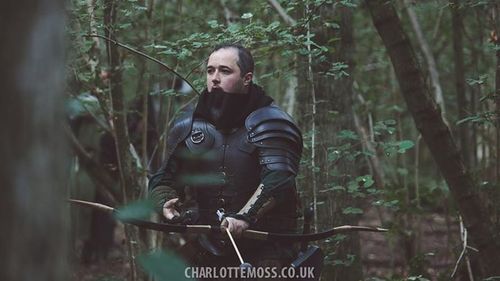 Gideon of the Cenotaph, alone in the woods.

The Unconquered are skilled warriors who undertake scouting missions, employ sabotage and terror as weapons to weaken their foes, and seek out specific targets on a battlefield. In contrast to the archers and skirmishers of many other nations, the unconquered favour medium armour and short bows, and are not shy about engaging in close combat with hand weapons if the tides of battle make retreat-and-fire an unappealing option.

Unconquered are used to operating with a high level of autonomy, often behind enemy lines or in unknown territory. Despite this independence, the best of them know that they operate as one part of a larger plan, that their duty is to ensure that the forces they accompany achieve victory. Unconquered who arrogantly assume they can win the day all by themselves generally meet unpleasant ends.

The unconquered are practical, and regularly employ tactics that can make other Highborn uneasy. At the end of the day, however, they are still scions of Highguard. Virtue is as important to the unconquered as it is to the rest of their people. The actions they take determine their virtue, and they understand that virtue is contagious. Of all the virtues, many unconquered fell an affinity for Vigilance and Wisdom. They are often in the best position to identify and deal with a potential threat before it endangers their friends; as scouts and spies they know both the value of brevity, the need to ask the right questions, and the danger of accepting hearsay at face-value.

The unconquered find it easier than most to fall into an "ends justify the means" attitude, and by doing risk losing their virtue. They act on their own judgement, but many carefully police their own ranks to ensure that they do not fall to malign influences. An unconquered who becomes Vengeful, or full of Hate, or enjoys wielding Fear against their enemies, is cause for concern. 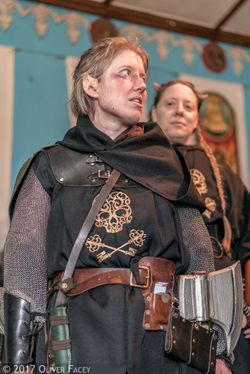 History of the Unconquered

The most commonly accepted story for the origins of the unconquered comes from the first years of the settlement of Highguard. An outpost established in the territory that would eventually become Reikos - generally believed to be in the vicinity of either Tabernacle or Haros - fell to orc raiders. The survivors fled south, and a force of cataphracts was sent to launch a counterattack. When the reinforcements arrived, however, they found that the settlement had already been liberated, and the cataphracts were able to make short work of the remaining barbarians.

In the aftermath, a group of Highborn scouts emerged from a nearby woodland. Believed lost in the initial attack, the scouts revealed that when it was clear the settlement was lost, they rallied the survivors and retreated to forest seeking to save as many lives as possible. The orcs assumed they had routed the defenders but when darkness fell, the scouts launched a series of counterattacks using practical guerilla tactics. They raided, sabotaged, and sowed confusion among the orc ranks, over a period of weeks they crippled, starved, and demoralised the barbarians while simultaneously stealing supplies and materials needed to support the small band of survivors.

Upon hearing the report, the patricians saw the merit of this uncompromising form of warfare in this new land. These defeated, yet unconquered, rangers formed the seeds of a new military force designed to fight battles by any means, in any conditions.

The unconquered were incorporated into the Highborn armies, fighting alongside the cataphracts and infantry as skirmishers. They also operated independently as scouts, assassins, and saboteurs - tactics that the Highborn generals at the time often considered beneath them. Some small groups of unconquered were also retained by the patrician families as personal agents - the murderers sent after Lepidus during the civil war for example are generally held to have been unconquered. Indeed, during the war between the Virtuous and the patricians, unconquered on both sides fought vicious "shadow wars", often without the knowledge of the soldiers on either side.

An unconquered might be part of a small group within a more diverse chapter, but it is not unknown for an entire chapter to adopt the themes of this archetype. Such chapters recruit promising unconquered enthusiastically - perhaps the best known example in the game was the chapter of Exile in Reikos that prided itself on training young unconquered

The unconquered are first and foremost a martial archetype. They stand in stark contrast to the traditional image of the Highborn warrior in heavy plate armour or steel lorica with a large shield. They favour armour and weapons that allow them to remain mobile - segmented heavy leather or mail is ideal and the iconic weapon for an unconquered is without doubt a bow.

Unconquered are traditionally mobile on the battlefield, potentially even fighting behind enemy lines. As such they are often unable to reliably access support or back-up. As such heroic skills that allow them to heal themselves or each other are a good choice when building an unconquered character. 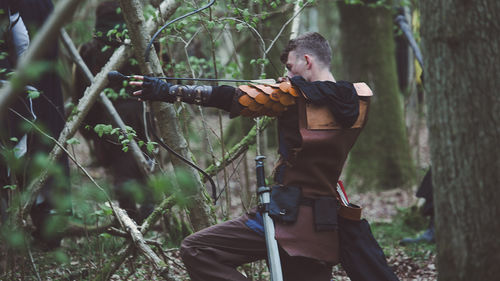 While most unconquered favour combat skills, there may also be a role for a battle mage among their number. Wearing mage armour and wielding a rod or staff, such a character can support their fellows with healing magic, and fight alongside them with judicious use of spells such as entangle, repel, or shatter. With a nod to the magister archetype, such a character could also serve as a de facto chaplain to a group of unconquered, reinforcing the Highborn attitude that all the best magicians are also students of Virtue.

Like the cataphracts, the unconquered are elite Highborn warriors. Where the cataphracts act to attack the enemy directly looking to their heavy armour to protect them, the unconquered seek to use guerilla tactics to destroy their enemies. In battles alongside the other Highborn warriors they usually look to harry the enemies flanks or otherwise use the terrain against their enemies. They are adaptable, and independent in their tactics and in their approach to fighting.

When they are not on a battlefield, the unconquered are still elite warriors. In Anvil, an unconquered could be involved with espionage and spying on the Empire's enemies, or get involved with the Vigilance assembly and help to root out potential threats. It is also easy to imagine an unconquered character with an aspect of "secret police" about them, keeping an eye on the rest of Highguard and looking for signs of heresy or treachery.