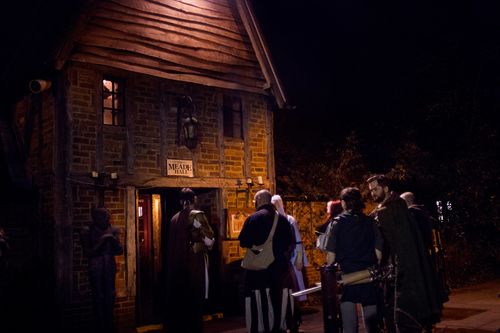 Wayhouses allow the stridings - and indeed any weary traveler - a chance to rest and resupply.

The Navarr build wayhouses along the trods on the edge of civilisation. These buildings are designed to support the stridings, to give them a place to rest and resupply. Most wayhouses include a skilled healer or surgeon, so that they can provide treatment for Navarr who have been attacked and wounded while travelling. They usually also include a few thorns or warriors who can defend the wayhouse itself, should it be attacked.

Some wayhouses serve as an Inn, providing meals and a bed, but most do not specialize this way. They are more likely to provide grain and salted meat to a Navarr striding that has run out of provisions than to cook and serve the food. The wayhouse provides critical help; it serves to ensure that the Navarr can survive and continue their journey, not to provide an abundance of comforts. Wayhouses are often built where a deep well can be sited, their role is to allow the Navarr to resupply with the essentials and nothing is more vital than clean water.

Wayhouses often keep messages, supplies and goods for the Navarr, either items that will need collecting later, or else things that need to be passed to other Navarr who are expected to travel to the wayhouse later.

Wayhouses also serve as places of sanctuary - when someone "runs away to join the Navarr" they often run to a wayhouse near their home, and are generally welcomed by the Navarr there. 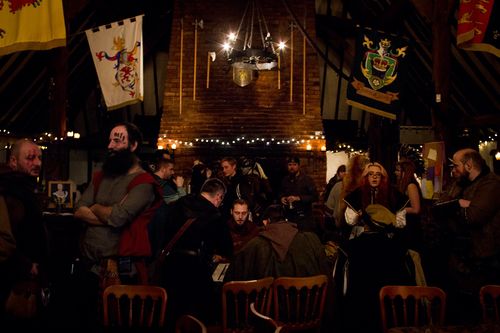 Some wayhouses serve as inns, others are more akin to trading posts.

Some wayhouses require payment for their goods, but many do not, especially when dealing with other Navarr. They often accept donations, which may be coin, but it may be anything that can help the wayhouse prosper. These places can operate quite effectively as businesses - Freeborn caravans find welcome respite here, for example, but this is not their primary purpose

Wayhouses are a potential concept for any Navarr group that are more interested in hospitality and roleplaying in the Navarr camp than in fighting, magic or politics. It is possible to run a wayhouse in the Navarr camp simply by creating an open camp where other Navarr can come to be healed. If you can develop a welcoming and reliable reputation then other PCs may start to leave messages for other characters with you and your camp can serve as a social hub for other groups.

It is possible to play a wayhouse by offering out-of-character food or drink for in-character money, but this is not essential. Wayhouses offer the essentials that travellers need, healing, a place to rest and resupply as well as serving as a nexus for the nation. They are not defined as places that sell food or drink, so you can do as much or as little of that as you wish.