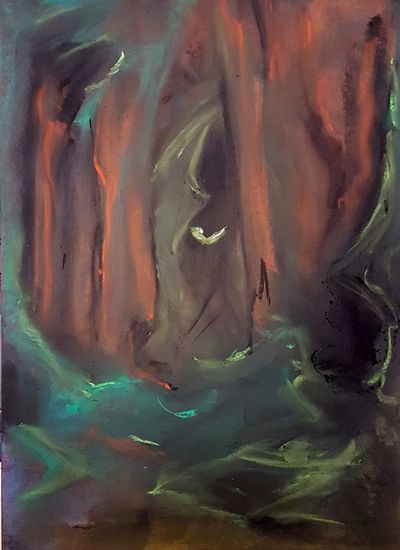 Most commonly, Yaw'nagrah is called the Green Mother or the Queen of the Forest.

She is occasionally called Mother of Briars or Barkspawner and some stories tentatively link her with the foundation of the Briar lineage. Her handmaidens have never offered conclusive proof one way or another, and according to many magicians appear not to understand the question - although it cannot be denied that Yaw'nagrah and her handmaidens respond much more favourably to briars than to other mortals, even for a Spring Eternal.

Like Llofir, Yaw'nagrah is immense. She appears to be a primeval forest of immense size that spreads across an area of the Spring Realm roughly the size of Varushka, although it is possible that this estimation is out by several magnitudes. She rarely speaks directly to magicians, but spawns handmaidens from her body that take the form of human-shaped tree creatures who work to make her guests more at home.

Some magicians describe these handmaidens as being comely humanoids, often with briar trappings, rather than animate tree creatures but it is not clear if these are a different kind of creature (possibly heralds), or the result of some exposure to hallucinogenic pollen or spores

Yaw'nagrah is concerned with life, in infinite diversity and infinite combinations. Her forest is fecund, but she is a creature without compassion; she favours no form of life over any other. Discussions with her handmaidens have suggested that she may consider all forms of life other than plants and perhaps insects to be an aberration, a temporary infestation on the mortal world that will eventually disappear. 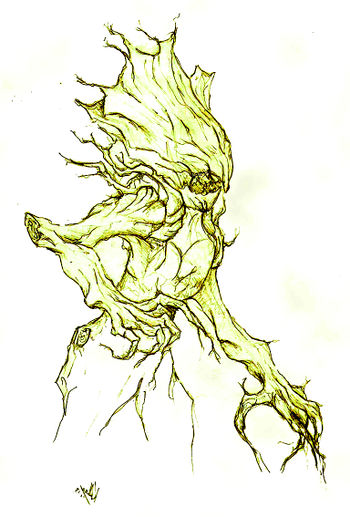 While she is not malicious, she is also entirely without mercy. Her interests in the Empire appear to be limited, beyond her somewhat detached interest in all living things. Some magicians have noted, however, that she appears to look favourably on those who bring her gifts of plants she has not encountered before, or who bring children into the presence of her handmaidens.

She is strongly associated with the rune Bravash.

Magicians seek out Yaw'nagrah because she has powerful abilities related to fertility, in all forms. She has been known to allow barren females to conceive; to cause female creatures to become with child without a partner. She is said to be able to provide offspring to childless couples, although these offspring are not always entirely human. She is also able to help magicians to restore fertility to blighted crops or beasts, as well as to encourage fecundity over large areas, potentially to a dangerous degree.

Some tales suggest that the fertility she offers is tainted in some way by her fascination with diversity; that while barren soil may become capable of supporting crops, it is impossible to predict what else may grow from the things she has touched ...