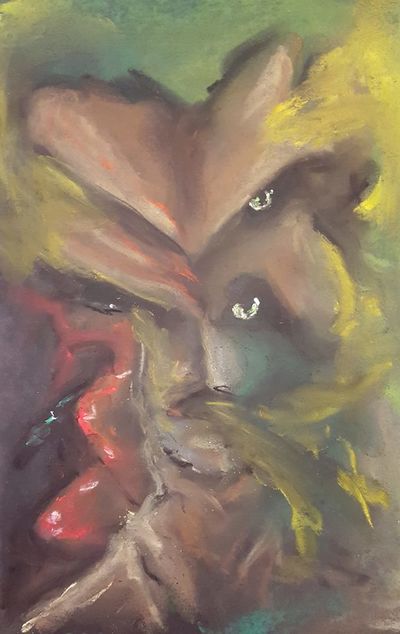 Ruin is the slow moving harbinger of fungus, rot, pestilence, and decomposition

Most commonly, Llofir is sometimes The Quiet One or sometimes simply as Ruin.

Like many Spring Eternals, Llofir appears to have no true discernible gender as mortals understand it; some may call it the Rotlord while others refer to it as the Lady of Spores. Occasionally it is referred to as The Great Fungus but seems almost entirely unconcerned with what names mortals give it, and appears immune to flattery.

As with Eternals such as Yaw'nagrah, Llofir is believed to be truly massive - an entire ecosystem with a single consciousness behind it. Where Llofir differs from other Spring Eternals is that its body is composed of fungus and moulds - sometimes on an epic scale. It is known to 'bud' smaller, humanoid forms that are in some way vessels for its consciousness with which it can speak to mortals; many of these strange creatures serve as its heralds, guards and courtiers. They range in size from a few feet tall through dangerous animalistic creatures to massive, shambling horrors that move like a tide of animate matter.

Its heralds most often appear as humanoids infested with rot and fungus. Often quiet and slow-moving, their appearance is a little deceptive - they are actually creatures in their own right rather than reanimated flesh.

The Quiet One is usually described as calm, placid and extremely long-sighted. Where other Spring Eternals live in the moment, Llofir seems utterly disconnected from concerns of past and future. It in some way exemplifies ideas of natural rot, corruption, decomposition and decay - the way things tend to break down into simpler forms, from which new things arise. It is also fascinated with disease and sickness, and the way they cause healthy organisms to fall apart or become weak. 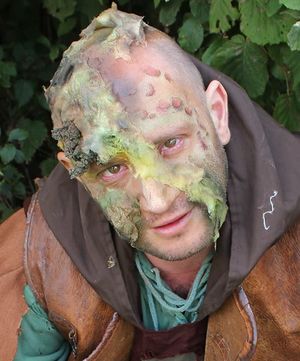 The heralds of Llofir often appear as humanoids infested with rot.

Some magicians believe that Llofir's interest in rot and decay extends beyond the physical, literal manifestation of decomposition and include the philosophical idea that complex structures such as societies and Empire also need to be periodically killed and broken down so that new societies can grow from the 'mulch' they leave behind. This would be a very sophisticated position for a Spring Eternal to take, but not entirely inconsistent with the 'long view' that Llofir appears to take.

The Great Fungus has a few boons of interest to magicians; some have to do with encouraging decay and collapse, or the destruction of crafted goods or structures. Others have to do with the hallucinogenic or poisonous properties of many fungi, while some magicians have successfully bartered for the Quiet One's support in the form of the loan of his fungal servitors.

One boon he is usually happy to give is substances that help in the performance of rituals such as Turns the Circle and similar effects that either encourage decomposition, or destroy undead and unliving corpses. Llofir is widely believed to have an uncharacteristic hatred for things which inhabit dead flesh and prevent it rotting.