Yeoman of the Marches (Redirected from 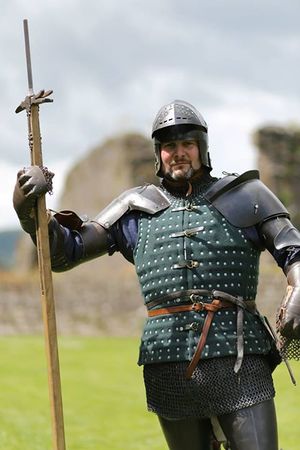 Many yeomen are also soldiers.

The yeoman is, for many, the archetypal inhabitant of the Marches. They are generally farmers and often have a large family or extended circle of friends or employees who work their land with them.

Yeomen (sometimes yeofolk or yeomanry) are a hard people, who own their own land and are well accustomed to a long day working it. A single farm on this rich soil has the income to outfit its holder in plated steel, and many yeomen enjoy a quality of life similar to that of the landed gentry elsewhere.

Yeomen often group into households, choosing one of their number to lead. The yeoman who leads a household is known as its steward, and has authority over those who have entrusted them with leadership. A household will generally have a livery, which its members wear with pride. Members of different households are often at odds with one another, leading to passionate and often bitter rivalries. Most Marchers hold grudges, but the yeomen of the households turn it into a fine art.

Military service is a proud tradition in the Marches, and the majority of yeomen are also soldiers. Yeoman soldiers of the Marches generally seek out the heaviest armour and strongest weapon they can afford, often a polearm. Their equipment is likely to be old, worn, trusted and well-maintained rather than new and untested. 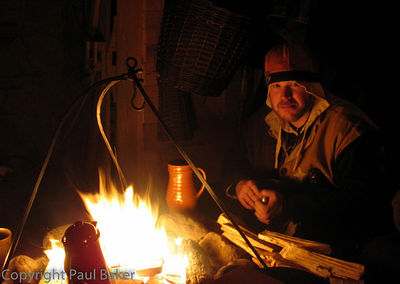 The archetypal Marcher is a yeoman.

The yeomen are the salt-of-the-earth, typical characters of the Marches. They possess most of the political power, and serve as the backbone of the nation.

Yeomen are often suspicious of characters from other backgrounds - market towners in particular threaten the status quo and the basis of their political power.

There are also characters called yeofolk in Dawn. These yeofolk are very different to Marcher yeomen, being closer to peasants, servants and retainers. Sometimes a Dawnish yeofolk leaves Dawn and comes to the Marches, and they are generally greeted with open arms. Most folk are welcome in the Marches, provided they are prepared to work.