There is no such thing as a courageous plan general, only a foolish one. Only that which bleeds can show Courage. Men and women bleed, a plan does not. You on the other hand? If this plan fails, we will take some satisfaction in seeing the colour of your Courage.

An aura is a persistent spiritual effect on a person, location or item. The auras listed here are created by priests dedicated to the virtue of Courage who use the relevant ceremonial skill. A character who is dedicated to Courage must pick one of the following auras when they perform the relevant ceremony. A priest of the Way may also use the Dreams of Courage when they use the dedication ceremony to provide a pilgrim with a visionary dream.

The names used for each aura are simply the most common ones used in the Empire. For example, the Light of Courage is called The Flame of Courage by both Urizen illuminates and Freeborn sutannir, while a League writer might refer to it as The Beacon of Truth. This is especially true with those auras that are named after paragons and exemplars; all these auras would have had different names before the exceptional individual they are named for was recognised by the Synod. The Hallowing of Inga Tarn for example was commonly called the Hallowing of the Warden before her recognition as an Exemplar of Courage (and still is in some parts of Varushka).

Study of these auras helped the founders of the Way to create the Path of Courage. Some lay persons assume that the Imperial Synod created these auras in some fashion to encourage adherence to orthodoxy, but according to theological scholars the situation is the other way around. The auras came first, then the tenets of the Path of Courage.

Anointing involves a short ceremony to create a personal aura on a mortal being. Anointing always requires the consent of the subject.

The Light of Courage

Description: Most Priests of Courage stress that the virtue is about much more than just bravery in battle, that Courage has a vital role to play in the Empire not just on the battlefield. The virtuous are encouraged to face unwelcome truths as boldly as any barbarian charge. This aura encourages pilgrims to find the strength to speak out, so that others can find their Courage. It is popular with priests and pilgrims who find the need to make a public address in one of the political houses of the Empire, and especially with those who follow the example of Gilda Ashwine.

The Purity of Courage

Description: Fear and doubt are the natural enemies of the pilgrim on the path of Courage. Priests use this aura to help pilgrims strengthen themselves against these forces, and live their lives by the teaching that states "do not fear to act; only be shamed by inaction". 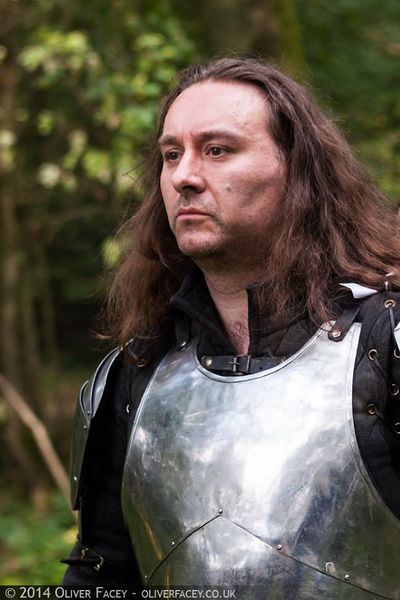 Do not fear to act; only be shamed by inaction.

The Proof of Courage

Description: This common aura allows a priest of Courage to gird the pilgrim's soul, helping them find the strength to face a particularly dangerous task. It is popular with priests and pilgrims alike, for it fulfills the common understanding of Courage - the spiritual strength to face danger. Like similar auras for other virtues, some have pointed to the potential abuses of this aura in driving others to act in potentially life-threatening ways, even though it can only ever used with the full consent of the recipient.

The Trial of Courage

Description: Nothing is more dangerous than defeat; failure saps the confidence of any pilgrim, making them doubt themselves and their abilities. This aura helps pilgrims who have experienced a setback, strengthening their resolve to try again. However it is also helpful for pilgrims who have not yet made the attempt but are faced with a challenge that seems insurmountable. An essential part of Courage is the self-confidence to believe that you will be able to find a way to triumph, no matter how difficult or intimidating the task appears.

Consecration is the ceremony used to create an aura on a clearly defined location. There is only one aura for each virtue, and all priests create the same one when they use this skill.

Description: This powerful aura of Courage fills those who experience it with a powerful drive to pursue a course of action they believe to be true.It boosts confidence helping those who feel that the obstacles in their path may be insurmountable.

The craven die every day, the brave but once.

Dedication is the ceremony used to link a pilgrim's soul to the virtue. It can also be used to create vivid oracular dreams.

Hallow is used to create an aura on an item, such as a weapon, implement, shield or suit of armour. It is not possible to use hallow to create an aura on large immobile objects. Hallows do not provide a source of supernatural strength, but are durable and can last for a year (or potentially forever in the case of an artefact hallowed with true liao).

Hallowing of the Bard

The Hallowing of Isaella's Resolve

The Hallowing of Ashwine's Rose

The Hallowing of the Cataphract