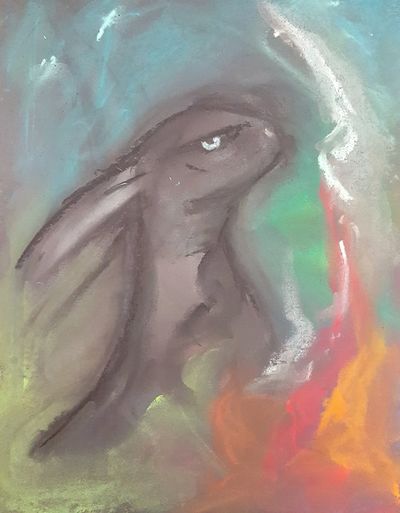 The Prince with a Thousand Foes has a strained relationship with the Empire.

Irra Harah is known as the Prince with a thousand foes. He is generally referred to with the masculine pronoun, but like all Spring Eternals actually lacks strong concepts of gender.

Several scholars believe that the Eternal itself has never actually made an appearance, and that he always speaks through a Herald. In parts of Varushka Irra Harah is called Papa Otec, and those who wish to protect their children from the dangers of the Varushkan wilderness may seek his favour. He is also known as Guard of the Young, and some Imperial Orcs call him as Thorn of the Ancestors and Shackle Smasher. He is associated with an idolatrous cult who call him The Golden Hare and wear icons of that animal as a badge of membership.

The Sumaah Republic and Commonwealth alike proscribe contact with this Eternal. In the Asavean Archipelago he is known as il Odioso which means the Hateful One - he is associated with various slave revolts and allegedly supports nations subject to Asavean rule against their masters. In the Sarcophan Delves they call him the Prince of Beggars and his heralds are known to occasionally assist both the dregs of Sarcophan society and those outside the Delves that the beggar-kings seek to exploit.

Irra Harah is invariably young, and takes the form of a humanoid with strong briar lineage. He is usually dressed in leather armour, and carries a one-handed spear and a shield. Any equipment he bears is woven from briars, vines, branches and leaves - occasionally it will include elements such as stone or polished flint but it rarely includes any metal. On occasion he appears in a less martial aspect, in which case he wears clothing appropriate to that of a slave, outsider or oppressed people.

The Prince with a Thousand Foes appears in a number of very ancient stories told to children. In such tales, he appears as a child, rabbit or sparrow, and usually encounters a creature clearly based on the Eternal Arhallogen which wishes to eat him. Through cunning, deception and Courage Irra Harah escapes or in rare circumstances defeats Arhallogen. It is believed that this enmity is reflected in reality - given Arhallogen is the epitome of the strong predator and Irra Harah epitomizes the weak and preyed upon, this is unsurprising.

Scholars are uncertain what Irra Harah's "true" form may look like - it is speculated that it is a wild expanse of bramble-choked, wild woodland in the same way that Yaw'nagrah is a mighty forest or Llofir is a region of fungus.

Irra Harah is extremely sophisticated - for a Spring Eternal. It is concerned with the oppressed, the silenced and the powerless. Early tales suggest that Irra Harah's interest in the weak and the conquered has grown throughout history and that initially its concerns revolved mostly around survival by any means. Even today, Irra Harah will tend to suggest that the truly weak flee rather than offer armed resistance to overwhelming force. When the weak must fight, he encourages them to use any weapon at their disposal, and win by any means necessary to secure their safety.

He has neither interest in nor time for the strong, mighty and powerful; they can look after themselves. His primary concern is with the physically weak who must use tools other than personal strength to survive in a hostile world. As his concerns have matured, he has increasingly encouraged the downtrodden to stand up for themselves and question their lot in life. Some are encouraged to leave dangerous situations - there are a few minor anecdotes that suggest one of the Landskeepers involved in the Marcher exodus from Dawn spent time communicating with Irra Harah. Others are encouraged to take up arms against tyrants or rulers who deny them freedoms they themselves take for granted. It appears to not entirely understand the concept of peaceful resistance, but approves of the use of activism, rhetoric and social change by those who are lucky enough to live in civilised nations where such things are possible.

He is not concerned about fighting people’s battles for them, but it concerned with giving people the ability to stand up for themselves. He will rarely help those in power or with status, but will often help those who are fighting to survive struggling. Irra Harah is also concerned about defending children and providing for them, and his vengeance about those who abuse or undervalue children is legendary. He is interested in the Empire, however, and was happy to help the Imperial Orcs when they were fighting to be accepted.

The Prince with a Thousand Foes strongly encourages the protection of the next generation and the preservation of the young. Irra Harah believes strongly that children should be protected at all times; everyone should ensure that children are preserved from physical dangers and raised with the cleverness and cunning to ensure they survive to have children of their own. Anyone who cannot have, or chooses not to have, children should spend time protecting and strengthening their pack, clan or family. 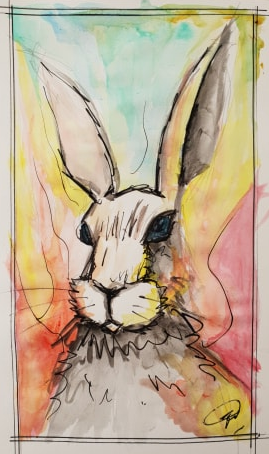 Irra Harah helps when the chips are down, and his boons tent to be straightforward in nature.

During the Orc revolt, several slave-magicians were able to meet with Heralds of Irra Harah and gain boons that helped them support their allies, destroy slaver stockades and the like - one common boon was a cudgel that smashed chains apart. During the Orc revolt, Irra Harah was placed under Declaration of enmity by the Imperial Conclave; the declaration persisted through the events of the Freedom Heresy - the Eternal made no attempt to hide its support for the briars and by extension the atrocities they committed in the name of their personal freedom. This decision of the Conclave apparently made no interest to the Eternal at all, who continued to use whatever power it could to interfere in the Empire.

The declaration was overturned in 368YE; the Heralds of Irra Harah offered valuable assistance to several communities besieged by barbarians - they helped citizens in Reikos, Spiral, Liathaven and the Mournwold to escape orc attackers, and several Navarr steadings in Liathaven are still receiving sporadic aid.

This Eternal wishes those who are fighting to better themselves and to improve themselves. He generally only helps when the chips are down and people have nowhere else to go. Gifts from Irra Harah tend to be straightforward; the most common take the form of simple items made of natural materials that contain properties that heal, empower or protect. Weapons are less common boons, and they generally have properties that smash enemy defences or weapons or cripple enemy combatants.

Irra Harah is also known to grant boons that smash structures designed to contain or imprison people, or that enhance rituals with similar effects. Likewise, he encourages mortals to fight back by whatever means they can against powerful opponents - poison, venom and vicious curses are all appropriate weapons to use to free or protect oneself and one's family.

On occasion, Irra Harah also offers boons that will help an underdog take the first steps towards prosperity or at least prevent starvation or disaster. There are sporadic tales of sudden bursts of fertility for otherwise barren farms that allow a bumper harvest, or a sequence of inexplicable multiple-births in the herd of domestic or hunted animals that allow a group on the verge of starvation to not only survive the winter but sell their surplus to improve their position

The curses of Irra Harah are varied and unsubtle; those who harm children, in particular, will discover their own flesh sloughing from their bones and eventually face a gruesome death.

If you cannot hide, run.


If you cannot run, yield.


If you will not yield, kill.
Retrieved from "https://www.profounddecisions.co.uk/mediawiki-public/index.php?title=Irra_Harah&oldid=83243"