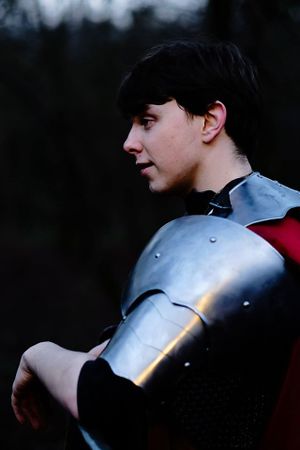 Those who are actively seeking to pass a Test of Mettle are called knights-errant. Formally they are not noble, but some, especially those who are noble-born often assume some of the rank and privilege of nobility. With their quest for glory and status, knights-errant are commonly regarded as romantic figures in Dawn.

Technically, anyone in Dawn who has not passed a Test of Mettle is a yeofolk, whether they are a farmer, a merchant or the daughter of an earl. The Dawnish are sticklers for the proper nomenclature, and insist that knight is the correct term to describe a noble who is an experienced and capable warrior, but even the Dawnish will often group knight-errants in with the knights when counting the fighting strength of a noble house. Likewise, it is common for Knights-errant to participate in a grand tourney, and not unknown for one of them to hold the title of Knight-protector.

Knights-errant often travel the land together, helping each other to triumph in their tests. Such bands travel the land to wherever they are most needed, seeking out opportunities for heroism. Groups of noble-born knights-errant are often accompanied by loyal yeofolk; faithful house retainers or childhood friends. The yeofolk handle everyday responsibilities allowing the would-be knights to concentrate on less worldly matters. It is not unusual for yeofolk to declare themselves knights-errant but they often prefer to adventure by themselves or with others from similar humble upbringings.

The easiest way to pass a Test of Mettle is to petition the noble house you were raised in and pass the challenges they set you. It is a much more challenging to petition another noble house, particularly one with which you have little existing connections. The most ambitious knight-errants, however, seek the ultimate prize – achievements so glorious that they have to be recognized by all the noble houses – hoping for a prestigious noble house to approach them and offer a Test of Mettle. Such achievements are rare, but a knight-errant who is invited into a house rather than petitioning one is seen as being worthy indeed.

The travails of a knight-errant are not just difficult, they can also be expensive. Most Dawn nobles have a fairly cursory disdain for money, it tends to get in the way of a glorious ambition, but no-one can completely ignore the realities of mundane life. To facilitate their quests, many knights-errant or groups of knights, take a patron, a wealthy noble who can financially support their heroic lifestyle. Patrons can be useful, but often come with strings attached, even if just a requirement to serve the patron when called.

Some knights-errant enjoy the life of questing for glory so much that they continue to adventure even after passing their Test of Mettle. Such individuals become questing knights and sometimes form knightly orders of their own. 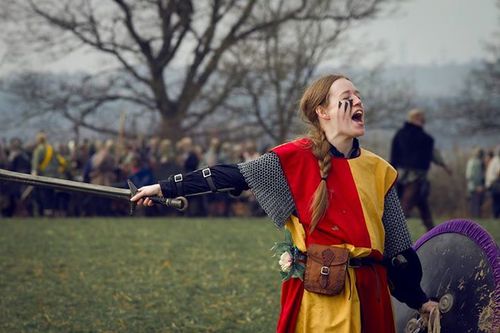 A knight-errant is not a noble, but is striving to become one.

If you create a knight-errant character then you are playing a character that is not formally a noble but is striving to become one. Your character may be noble-born or yeofolk-born depending on what suits your character. Individual knights-errant are seeking glory for the sake of passing their Test of Mettle, or in some cases, for the sake of attracting the attention of the best noble houses to join, so you may define as little or as much family history as you wish in creating your character.

The imagery of warriors in a harness of plate can be an intimidating costume prospect for anyone wanting to play in Dawn if you don't already own expensive armour. Knights-errant, even noble-born ones, are often short of money so it can be a great choice for players who want to play a Dawnish character but don't feel confident that their costume conveys the image of a rich and powerful noble. It is also a great way to introduce a lone character who is looking to join a noble house in-character. It is also worth considering playing a knight-errant if you are interested in playing in Dawn but want to avoid some of the more political aspects of playing a noble.

If you intend to play a knight-errant, it is important to appreciate the large scale of the PD Empire events. You will have epic opportunities for battles as part of a great army fighting the orcs, but you won't be going off on a lone quest to slay a monster. It isn't possible to create that kind of experience for characters at an event where hundreds of players are attending.

Some knights-errant have a patron - usually an Earl or other powerful Dawnish political figure - who provides them with financial backing. Having a patron can create an interesting additional dimension to your character - you shouldn't expect them to give you actual money you can use in the game (although some might) - but you can roleplay that your character's armour, weapons and wealth are from your patron. A useful patron might be able to help you politically at events, or they might place demands on your character forcing you to do tasks for them. A patron may be able to give you some real in-character advantages but ultimately the relationship exists to create interesting roleplaying around.

The Test of Mettle

The Test of Mettle is an important part of your character, so think carefully about your options here. You can create a minor noble house that has set you a Test - doing this means that you can create your own Test and ensure it is suitably challenging and heroic. Avoid having a Test that is too easy to complete, people won't be impressed by a noble who visibly completes an easy Test. If you don't want the challenge of trying to achieve glory in play then it is much easier to create a character who is already noble. The alternatives are to seek out an existing Dawnish noble house and demand a Test of Mettle from them, or to try and be so glorious that the noble houses come to you and try to offer you a Test.

If an Earl does set an easy Test of Mettle, something that simply won't be glorious to attempt or complete - consider rejecting them. Knights-errant want the glory of passing a difficult test - but they also want the glory of joining a powerful house filled with similar glorious individuals. If a noble house sets you an easy Test it demonstrates that they are beneath you - you should seek out a more glorious house better suited to your noble nature!

If you strive to play your character in as glorious a way as possible, then you can risk assuming some of the status of a noble, but it is wise to be careful. The point of playing a knight-errant is that your character is not yet noble - if you want to play a noble character who is questing for glory then consider playing a questing knight instead.

A knight-errant should not have their own heraldry. If you have a heraldic shield, consider covering it with black cloth. Knights-errant can wear the colours of Dawn, a dark blue field with a yellow sun on it, either as a flag or as their heraldry. Doing this indicates your status as a knight-errant and not a noble - but remember that the first Empress wore these colours when she first came to Dawn - they should be carried and worn with pride!

If you manage to complete your Test of Mettle while playing your character then you have a few choices. If the Test of Mettle has been set by an Earl in play, then technically you are now part of that Earl's noble house. You may wish to join their group, roleplay that you have nothing more than a loose association with the house or else set up a noble house of your own. If you wrote your own Test of Mettle as part of your background, then you can reinvent your character as a noble in charge of the noble house that set your Test.

If you don't want to play a noble in a noble household, the alternative is to become a questing knight.

It is common for groups of knights-errant to travel together in quest for glory. Creating a group of knights-errant is an alternative to playing a Dawnish noble house, but is likely to be less political and more focused on adventure and battle. All the advice presented above for creating and playing a knight-errant still applies, but it is also possible to play yeofolk in the group.

The yeofolk with a group of knights-errant, may be men-at-arms accompanying the knights or squires acting as loyal companions and servants. Although not likely to be armed and armoured as well as the knights-errant, men-at-arms should be able hold their own in a battle and squires may or may not fight as they choose. Remember that playing a servant in Empire isn't the same as in other games - most squires should be pragmatic and unashamed about their role in Dawnish society.

Money is not considered glorious so most nobles and knights-errant avoid having anything to do with it if they can. If you have a yeofolk in the group it is well worth seeing if they want to handle the group finances. A prosperous noble house may have a yeofolk serving as a seneschal so it's perfectly appropriate to have a character in a similar role in your group of knights-errant.

A knight-errant group is often be willing to accept new members if their deeds are sufficiently glorious, so before you create your own, check to see if other groups of knights-errant in the system will have you first. You may well have more fun as part of an existing group of knights-errant than by yourself. Of course, you might rather be in competition with them for the most glorious deeds, so you don't have to join an existing group.