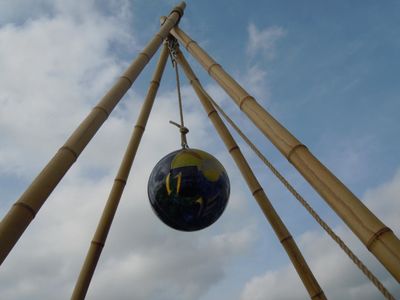 A mana site represents a location where flows of magic are particularly strong. A practised individual can use solutions of rare salts placed strategically throughout the area to cause mana crystals to form. The flows of magic tend to move as they ebb and flow so the methods used to catch them must be continuously adjusted. Many different methods of measuring or focusing the natural flows of magic are used, the most common being mirrors, geometric solids, lenses, and objects such as windchimes whose movements can be interpreted to determine any adjustments that need to be made.

A mana site produces mana automatically. Since the Winter Solstice 381YE it has been possible to obtain additional crystals from a mana site during a given season by using the rare alchemical product known as the white seed. The number of additional crystals you receive depends on the amount of money you are prepared to spend. The money must be in your inventory, an then you can select the appropriate amount to spend from the drop down menu. You can learn more about this option here.

Following the imposition of sanctions on the Principalities of Jarm during the Winter Solstice 382YE, the price for Imperial citizens to purchase white seed increased by roughly a fifth.

A mana site cannot be diversified.