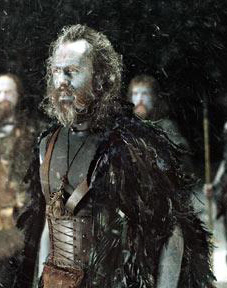 We have removed the reference to integrated and isolated Navarr from the Navarr costume page because there is no significant cultural difference between these two groups. Some isolated Navarr never see a barbarian or a vallorn from one year to the next. Some live their entire lives in perpetual battle. The situation is exactly the same for the "integrated" Navarr; they may spend their days fighting terrible brutal battles against the vallorn or the Empire's enemies... or they may not.

The wiki only talks about the distinction on the costume page and what it defines it as there is the degree of trade that a group of Navarr have with other Navarr and the rest of the Empire. Isolated Navarr don't see the towns and cities of the Empire much, nor people who travel/come from there. Integrated Navarr have more contact - and so more opportunities to trade - so more opportunities to have clothes and equipment that requires towns and cities to produce. That is the only common distinction between the two groups.

The significant element for most Navarr in their lives is whether they live in a Steading or as part of a Striding. A steading in the frozen north of Hercynia might be isolated. Off the beaten track it rarely sees many visitors. The Starks of Winterfell in Game of Thrones are like an isolated Steading... they rarely visit Kings Landing - they don't even meet or trade with many folk who do. An integrated steading is one closer to the large population centres of the Empire. Perhaps it lies on a well travelled trod - or is in Brocéliande near Casinea or Astolat. Critically they're not "culturally" integrated - it's just that they trade with these places and thus have more access to some of the nicer things in life.

An isolated striding is somewhat harder to imagine. Many trods go past many of the major towns and cities of the Empire and the Navarr do not shirk the benefits of civilisation - it's just not always available to them. It is possible however that a Striding might march in areas along the borders of the Empire, or even outside it at times, at which point they could well be isolated.

There is no cultural trend towards isolationism in the Navarr culture. The Navarr are champions of civilisation - they are like the Rangers of the North from Lord of the Rings. Almost alone amongst the Empire they know what it means to have a great civilisation and to lose it. They work tirelessly to keep civilisation safe because they prize it above all other things. Because they are at the cutting edge of the Empire they often do vicious and bloodthirsty things to keep the Empire safe from its enemies. But they are not lawless - far from it - the rule of law is just one of the many important parts of civilisation that the Navarr work to protect. Isolated Navarr are simply folk who support something they don't often get to see...

Equally there is no cultural integration into the Empire by the Navarr. The Navarr who trade with the towns and cities that are on the trods they travel or which lie near their steadings are only integrated in the sense that they have access to the goods and belongings that can be bought there. They're categorically not integrated in the sense that it has changed them as people - it has changed the clothes they wear, the pans they use to cook with, but that is all. The entire Empire is predicated on the idea that cultures are immiscible, magically reinforced as they are by the enchantment of the egregore. A Navarr could sleep for a year and a day in the finest bed in Sarvos and be unchanged by the experience. Just as a League citizen could spend every day marching the trods - never seeing a town or a city - but dream every night of home and a warm bed with silk sheets.