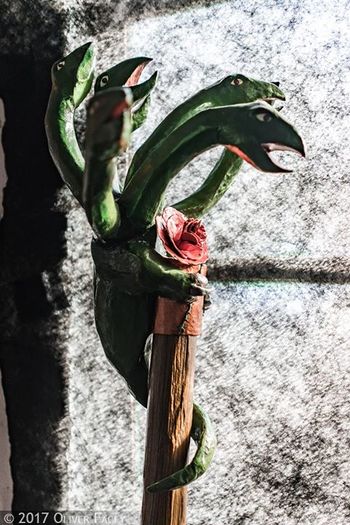 The hydra is a totem of powerful healing, especially among the Dawnish.

A Staff of Life is usually made from a single bough of oak, yew or rowan. It is often left intentionally gnarled and unfinished. These staffs are very rarely made of any material other than wood, and it is common to see moss, vines and even small flowering plants growing from their bark. Some owners make a point of planting the staff when its magic is finally depleted, tending to it and encouraging it to take root and grow a new tree - they are often surprisingly effective at doing so.

It is common to see a Staff of Life wrapped in words of magic; the incantations used to cast healing spells are particularly common, as are the runes Rhyv, Bravash and Cavul.