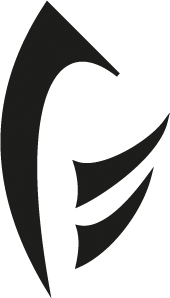 The Swan, Rune of Purity

Affiliated with the Realm of Day

Cavul is the Swan, which represents purity, clarity and calm. It removes corruption and restores things to their original condition. It is also called the Rune of Clarity, and is used during meditation to centre the mind and shut out external influences.

Purity protects from outside influences by reinforcing what is present (protection and warding) or restoring things to their original condition (removing corruption and taint). It has strong connections with water, and magic that evokes Cavul often includes elements of washing, cleansing or drinking with pure liquid.

The Rune of Purity has unfortunate political connections. It has been used by movements that consider lineage to be a taint on humanity, as well as by groups who oppose the involvement of magicians or the Eternals in Imperial affairs. Prior to their arrest in 342YE, the Fraternity of the Swan inscribed Cavul on the bodies of their Imperial Orc victims as a call to arms against the so-called corruption of the Empire by orcs.

Cavul is evoked with magic that reinforces, protects against outside influence, removes taint or impurity, or cleanses. Many magicians evoke this rune by name, or trace it on the body of their target when performing the Purify incantation.

Scholars, monks and politicians may bear the Swan Rune on a ring that they can study to calm their emotions without drawing attention. While it is sometimes placed on or inside a drinking vessel (especially by those who fear poisoning) it is not popular with those who enjoy carousing, for it is said that the presence of Cavul removes the flavour of any alcohol it comes into contact with. It is used on flasks and water skins by travellers, to keep the liquid inside fresh.

Here is a digitized version of Cavul in .jef format, suitable for a 7x5 hoop. File:RuneCavul.jef