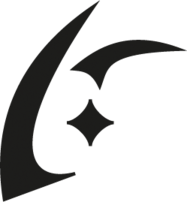 The Apple Tree, Rune of Wealth

Pallas is the apple tree, which represents wealth. In it all things have reached and exceeded their fullness. The once-lean cattle now fat and healthy, the investment returned upon itself many times over. Heedless of need, Pallas now spends itself without thought of caution. It is the golden twilight, dappled in the last rays of Autumn sun, never dreaming that Winter will soon come. It also represents strong alliances, rooted in trust and mutual benefit.

Pallas represents comfort, contentedness and sufficiency. It also represents largesse, the sharing of success, and the ability to provide not only for the self but also for others. It also represents hoarding, miserliness and avarice, and when evoked in this regard may be called the Claw.

It is sometimes called the Dragon, and in this regard is evoked to protect wealth from theft – it appears on the lids of strongboxes, the doors of warehouses, and beside the locks that seal a treasure room. Combined with other runes it may create a magical trap that punishes anyone who steals, or a curse that falls on the heads of those who take what is not theirs.

The Apple Tree comes with a warning as well, which is that wealth, comfort and prosperity may be fleeting. The apple rots, the tree that is not tended dies or its harvest slackens. It is sometimes used as a reminder of the need for hard work.

In the Marches it is a rune that is often carved into the trees of an orchard in the hope of improving the harvest, and in pre-Imperial times it appeared regularly on silver coins. It is often carved onto tools whereby the user earns their living – whether brute farming implements or the delicate tools of a jeweller. Soldiers who bear the rune on their weapons often do so to indicate that they are mercenaries, and in this regard it is a common symbol for League Free Companies or Brass Coast corsairs.

Forming a fist with the thumb tucked in and the first and middle fingers hooked outwards (the Pallas Gesture) is a gesture that is occasionally used in Highguard, the League and the Brass Coast to suggest that someone is a miser or cheapskate.

Pallas is commonly associated with the Imperial Virtue of Prosperity.

Pallas is often evoked with magic that repairs or enhances the qualities of crafted items. It is also used with magic that creates wards designed to punish thieves or protect wealth. It is one of the runes often embroidered or inlaid into a pouch intended to be the target of the night pouch incantation.

It is commonly sewn into money pouches, and is a common component of delicate or beautiful embroidery on fine clothing.

That which makes the granaries to overflow, the coin-purse to grow heavy, the fruit to hang low and ripe on the branch...

Here is a digitized version of Pallas in .jef format, suitable for a 7x5 hoop. File:RunePallas.jef