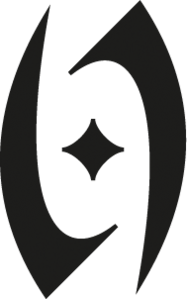 The Bright Lantern, Rune of Revelation

Affiliated with the Realm of Day

Ophis is the Bright Lantern, the mirror and antithesis of Diras, Rune of Secrets. It is the bright light that pierces all shadows, drives away all confusion and uncertainty, and illuminates every corner. It is sometimes called the Light of Truth, and it is said that no falsehood, illusion or deception can withstand its unblinking gaze.

Revelation can sometimes be overpowering; mortals are not meant to live in conditions of absolute truthfulness. As such Ophis is sometimes called the Blinding Light; the light from which one must shield one’s eyes, turning away either literally or figuratively in the sense of denying what has been revealed.

During potentially dangerous divination, Ophis is sometimes combined with Sular, the Rune of Finding. While the Rune of Revelation represents the truth or fact that is sought, Sular serves as an intermediary that helps to guide the power of the magic and protect the magicians from exposure to pure truth. When used in this fashion Ophis is called The Beacon.

Ophis is sometimes connected to the Imperial Virtue of Vigilance.

Ophis is evoked with magic that reveals the truth or dispels deception, including the detect magic spell. It can also be used to inspire madness or cause blindness, although this is often considered a perversion of its purpose.

This rune is often inscribed on things that produce mundane light, as well as being a common rune marked on a Seer's Probe. Senators, scouts and magistrates who rely on clarity of vision often wear it on a headband, hood or piece of jewellery worn on the head.

Here is a digitized version of Ophis in .jef format, suitable for a 7x5 hoop. File:RuneOphis.jef