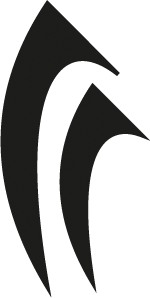 The Fang, Rune of Hunger

Naeve is the Fang; it is the empty belly, the gaping maw, the unspeakable hunger that cannot be sated. Merciless and unforgiving, it represents the unending torture of starvation and embodies the darkest longings of the soul which can never be satisfied. It is the need that drives mortals to atrocities in the desperate pursuit of their goals.

Although generally seen as a negative force, Naeve is also connected by some to the Imperial Virtue of Ambition. Naeve's hunger can drive mortals to greatness, and allow them to overcome many obstacles in their path. When used to suggest the drive of ambition, Naeve is sometimes called the Forked Dagger. As with all Winter magic, there is always a price to be paid; sometimes the object of the quest is also its price.

Naeve has a lesson to teach. It is said that those who can withstand the depths of Winter, those who have learned to ignore the most savage pangs of hunger, those who have felt every fibre of their being starve and weaken but still rise and walk on each morning can be transfigured by its touch. For these lucky few, Naeve reveals the strength and ambition at their core, burning away all that is weak and redundant. People who have been specially tested by this kind of privation sometimes adopt a tattoo, scar or brand in the shape of Naeve as a badge of honour - especially among the Varushkan, Navarr, Winterfolk and Imperial Orc folk who particularly value those kinds of markings.

Naeve is considered unlucky in some parts of Dawn, due to its association with an infamous group of Draughir Questing Knights calling themselves the Whelps of Sorin, after the hungry Winter Eternal of that name. Adopting the Hungry Rune as part of their coat of arms, they were ferocious in the defence of Dawn and its borders but were dogged by rumours of acts of violence (and worse) against yeomen, along with accusations of blackmail and protection racketeering. Eventually, they were declared outlaws, hunted down by a Dawnish warband led by their own Earl, stripped of their heraldry and once evidence was brought to light of their terrible crimes, publicly executed.

Naeve is a popular girl's name amongst the Navarr, especially from those born during a hard winter or who express the draughir lineage.

Unsurprisingly, Naeve is believed to have a strong symbolic connection to the draughir lineage.

Naeve is evoked most often as a curse; it can be used alone or in combination with other runes to cause famine, poverty, cannibalistic urges or insanity. Some practitioners of Winter magic cite its subtler powers; a hunger for knowledge can drive mortals to greatness - so too can the hunger for glory.

Like many Winter runes, crafters are careful about working Naeve into their merchandise. The most common use for Naeve is on the blade of a weapon, sometimes in conjunction with Rhyv, to create a weapon that 'hungers' for the blood of the enemy.

Here is a digitized version of Naeve in .jef format, suitable for a 7x5 hoop. File:RuneNaeve.jef