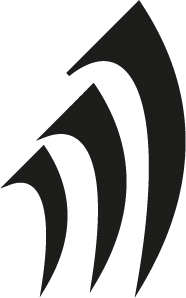 The Wave, Rune of Plots

Queros is the rune of schemes and influence. It embodies the concept of enacting change at a distance, of exerting influence over others. It is the rock dropped into the still pond that causes ripples to spread and multiply. It is the wave that begins small but gathers speed and strength as it rolls toward the shore and sweeps all before it. Schemes are like a handful of gravel whose ripples merge and change the surface of the water; seeds that now grow and tangle together. It is a subtle and indirect rune, capable of working profound change through tiny actions. Only the clever and vigilant can hope to master it, for Queros tends towards complexity for its own sake.

Sometimes Queros is called the Hood and is named the Rune of Conspiracy. It is evoked when a group comes together to make plans for the future. It is also rarely called the Echo, the remnant of sound that lasts after the word is spoken or the deed is done.

Queros is evoked with magic that is intended to have far-reaching effect. It is used to set in motion changes or effects that then gain strength and multiply by themselves. It is also a rune that is used to allow individuals to combine their influence or strength towards some end, binding people together in pursuit of a goal.

It is not commonly worn openly, but conspirators may wear it on a hidden article that represents their commitment to their conspiracy. More often it is worn by a group of individuals who wish to declare their united will to the world.

It is the twisting path among the briars, the quiet trod in the dark woods. Easy to surprise others on, easy also to become lost.

Here is a digitized version of Queros in .jef format, suitable for a 7x5 hoop. File:RuneQueros.jef