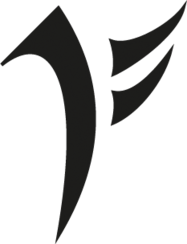 The Banner, Rune of Victory

The feasting hall that is home only to heroes is hung with banners, the golden instant of consummation that burns itself into memory, the moment when you can hear history urging you onwards in the fluttering of the pennants. Tykonus transcends mortal flesh, and becomes immortal – a legend.

Tykonus cares not for morals, only that the battle is won. That said, it smiles upon those who win through great deeds that will be remembered through the ages. An infamous general who cruelly puts their enemies to the flame embodies the meaning of this rune as much as a noble warrior that spares their enemies. What matters is the victory and the triumph; that you have won and that your enemies have lost. Mercy is not a matter for Tykonus, but neither is cruelty.

It is the active counterpart of Jotra, and the two are often evoked together simply because there is no victory without conflict. It is sometimes presented as the mediator between Ull and Gralm, representing that Victory comes from the tension between chance and destiny.

Along with Feresh, Jotra and Verys, the Banner is used to represent Glory by many Dawnish magicians and crafters; here it represents the Glory that comes from overcoming an opponent and achieving one's goals despite opposition.

The rune of victory is commonly worn on shields and (obviously) worked into the hems of banners and surcoats. A gift given to the victor in a contest of skill or arms often bears the rune as part of its decoration.

Here is a digitized version of Tykonus in .jef format, suitable for a 7x5 hoop. File:RuneTykonus.jef

When dragged to battle in service to the grey little bean-counters, it serves like a whipped dog, always looking for a way to strike out and ruin its master's aims. If you do not seek to win with some style, then you may take victory, but you will never take the truer victory of Tykonus, for your dry tales will shiver no spines and inflame no passions. Who will remember you when you are gone? True victory is immortal.
Retrieved from "https://www.profounddecisions.co.uk/mediawiki-public/index.php?title=Tykonus&oldid=43050"