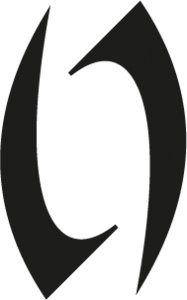 The Shuttered Lantern, Rune of Secrets

Diras is the Shuttered Lantern, the mirror and antithesis of Ophis, Rune of Revelation. The light inside is concealed, as the truth is concealed within a secret. It is sometimes called the Thief’s Lantern because it governs things that are actively concealed or hidden, as well as obfuscation, illusion and active deception.

Diras especially applies to the idea of hidden knowledge; the more someone attempts to conceal a fact, the more it becomes governed by Diras. What the Shuttered Lantern conceals, it can also be used to uncover; some magicians use Diras exclusively in their divinations, claiming that this approach is more intuitive and challenging than the brute force approach represented by using Ophis.

Despite its use in uncovering secrets, this is very much a warding rune. Sometimes called the Vault, Diras represents a valuable item protected by secrecy. It is rumoured that the lives of each of the Volodny is concealed inside a container marked prominently with this rune which is why they are so difficult to find. The weakness of these hidden lives is that one person (the Volodny) must always know where the item is, making it vulnerable to powerful divination.

At one time, Diras was known as both the Magician's Rune and the Apothecary Rune. Both professions presented the inner workings of their craft as secrets and guarded them jealously from other practitioners. In this aspect, it was sometimes called the Gate of Silence or the Threshold, and passing through Diras was a metaphor for the accumulation of secret learning. Since the Founding of the Empire, this interpretation of the Diras has fallen into disrepute. Shortly after joining the Empire, the efforts of the mages of Urizen to found the Conclave and strengthen the magic of the nations saw a concerted effort to replace the use of Diras in this fashion with Aesh, Rune of Thought.

The Rune has strong associations with the powerful Night Eternal Sadogua, Patron of Wizards, and that enigmatic creature regularly uses the rune as its personal sigil. Magicians who accept a gift of secrets from the Toad King are often marked with Diras in the form of a tattoo, brand or birthmark somewhere on their bodies.

Diras is evoked with magic that conceals or hides things, but it can also be used with magic intended to uncover such things. It is a powerful rune to use with magic that deceives through illusion, or through diverting or preventing divination. It is often sewn into the fabric of a container intended to be the target of the night pouch incantation.

Because it has a connection to obfuscation and concealment, Diras is used as part of the fastening of a cloak worn by a scout, thief or assassin. It is also a common rune painted on masks or sewn into veils - any piece of clothing whose purpose is to obfuscate or confuse identity; given the nature of the rune, however, it is common for crafters to use all their artifice to try and conceal the rune itself, a practice especially prevalent among Kallavesi, Freeborn and League crafters. Diras is also engraved onto locks and vault doors, on the threshold of private chambers, and onto the lids of coffers and lockboxes whose contents are protected by secrecy as much as by strong steel.

Here is a digitized version of Diras in .jef format, suitable for a 7x5 hoop. File:RuneDiras.jef