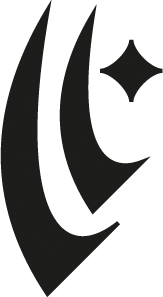 The Fish, Rune of Weakness

Affiliated with the Realm of Winter

Kyrop, the waning moon, is the thorn in the foot, the rot at the root, the flaw in the heart that leads to downfall. Kyrop bids us remember the maggot within the apple; the tarnish on the reverse of the coin; more than this it urges us to turn over the rock and see what scurries away from the light.

Kyrop is also called the Fish, especially when it represents the idea of circumstantial weakness. The fish is strong in the water, but on land it simply flops about, incapable of action, and slowly dies. In the same way, Kyrop reminds us that something that grants an advantage in one situation may become a disadvantage when that situation changes, and vice versa.

In some ancient rune sets, Kyrop and Verys Rune of Might are represented by a single runestone, with the direction in which it is drawn and laid determining which meaning it takes.

Sometimes called the Slave's rune, Kyrop exemplifies the underdog and reminds us that even the greatest can be brought low if the critical point of weakness can be identified and the correct pressure applied. When used alongside Pallas, Rune of Wealth, it magnifies that rune's self-corrosive qualities and invokes over-indulgence, complacency and hubris.

Kyrop is the bane of material goods. Saboteurs among the Navarr or the Unconquered of Highguard often sketch the rune on a structure they plan to destroy; when used to break or speed the decay of an object or structure it is often called the Weakest Link.

Kyrop is evoked as the foundation of most curses. It is classically used in combination with the Realm runes to direct and shape any magic intended to harm or weaken an enemy. It is also evoked in the use of magic that destroys or harms the integrity of an individual or object. It has more positive uses; for example, it may be combined with Sular, Rune of Discovery, in an attempt to uncover the weakness of an enemy. Unsurprisingly, many magicians evoke Kyrop when performing the weakness incantation.

It is rarely used by crafters and is commonly said to speed the decay of anything it is inscribed upon, causing metal to rust more quickly, food and drink to spoil, stone to crumble and wood to rot. The exception lies with crafted items intended to break things, such as a Shieldbreaker, but even then most crafters would use Mawrig or Verys before they would use Kyrop.

Here is a digitized version of Kyrop in .jef format, suitable for a 7x5 hoop. File:Kyrop.jef