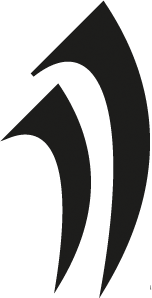 The Sapling, The Rune of Beginning

Affiliated with the Realm of Spring

Evrom is the Sapling, which may one day be a great oak tree. It is the counterpart of Yoorn, the Winter Rune of Ending. Symbolic of innocence and a future of infinite possibilities, the child just born and yet to learn of the world, it is sometimes called the Parent and Child. It is sometimes called the Cave Mouth, and in that aspect represents allowing a new idea to take root in your soul, leaving behind ignorance and past mistakes.

Evrom can also be symbolic of uncertainty; when all paths stretch ahead it may not be clear which one to take. Even the least auspicious of beginnings can lead to great fortune or end in catastrophe. When used to illustrate the uncertain future Evrom is known as the Rippling Pool.

The Rune of Beginning is commonly combined with the Winter Rune Yoorn, representing the idea that before something new can begin, something else must end. This combination commonly represents the idea of birth - as the baby enters the world, the time of pregnancy is at an end. Less commonly it may be used to grant significance to any transition from one stage of life to another - a marriage ceremony may sometimes involve these two runes being drawn on the hands of the participants to signify that their lives apart are ending and they are embarking on a new life together.

Evrom is also used to represent the hope of reincarnation – where Yoorn represents the end of life, Evrom holds out the promise of a new beginning.

The First Empress is often pictured with the rune of Evrom engraved into her sceptre alongside Queros, the rune of Dominion. It is also present in other artwork depicting significant points in history, such as the departure of the March folk from Dawn, the founding of Wintermark and so on.

Evrom is often evoked as the first step in complex magics, especially in situations that call for a series of linked rituals. It is sometimes used with Yoorn to delineate the ending of one stage and the beginning of another. Beginning the ritual in this way opens a clear path to the realms in order to draw out the necessary power in a controlled manner. It is also used by members of a new coven when enchanting their covenstone for the first time.

Evrom is not commonly used by itself on crafted items, although it is a common element of any item given as a gift that recognises a new venture (such as a wedding gift). It is a common feature alongside Yoorn on the tools of a midwife, and in its aspect as a symbol of reincarnation it is sometimes placed on tombs and other burial sites.

Here is a digitized version of Evrom in .jef format, suitable for a 7x5 hoop. File:RuneEvrom.jef