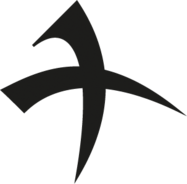 The Swords, Rune of Battle

The Crimson Rune, the thunderhead mark and the crossed blades; Jotra has many titles. It is the Rune of Conflict, Struggle and Strife and also the Rune of Challenges. It is the spark that sets the fields afire, the tempest that uproots the mighty tree, the floodwater that tears at its own riverbank. It is the red cant woven from discord and strife - the oldest song in creation. It is the struggle at its most raw; the simple urge to overwhelm.

Jotra fans the embers of opposition and draws them into a raging inferno that consumes all before it. It revels in conflict, heedless of cost or even victory, savoring only the struggle itself. It is the challenge, the pitting of the self against another or against the world, that Jotra exemplifies. It is often the counterpart of Tykonus, the Rune of Victory, but does not itself presuppose that one will overcome rather than being defeated.

While many magicians see only the physical nature of Jotra’s power, it is also a rune that represents strife and conflict of a more cerebral nature. An Urizen politician might proudly bear the rune on their staff, indicating to everyone that they are prepared to fight with words and wits. A doctor from Holberg might have the rune inscribed on their instruments, to remind themselves that they contend against death itself.

Along with Feresh, Tykonus and Verys to represent Glory by many Dawnish magicians and crafters; here it represents Glory through challenges, and through contending against worthy foes or difficult situations.

Jotra is sometimes associated with the Imperial Virtue of Courage.

Jotra encourages and empowers conflict, and is commonly invoked in battle magic or in any scenario where the magicians must content against either another force or another group of magicians. It tends to cause opposing runes to increase their friction, drawing out their power to destruction in a mighty conflagration.

The rune of battle is the rune most commonly inscribed on weapons by Winterfolk weaponsmiths, especially on weapons such as an Apprentice's Blade or a Biting Blade. It is less commonly found on shields, but as a rune that represents the clash of forces it is sometimes used in the hope that a shield will 'fight' any sword blow that strikes it.

Here is a digitized version of Jotra in .jef format, suitable for a 7x5 hoop. File:RuneJotra.jef