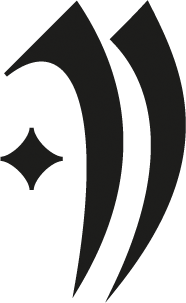 The strong arm, the numberless host, the storm against which there is no shelter, the shelter that no storm can breach, the fire that forges the strongest blade. At its basest level, Verys is the rune dealing with the application of strength, but it makes no moral assumptions about the manner of such use – beyond the assumption that it is good to exercise strength.

Verys is very much a rune of two faces. One face is the strength that aids society; the strong smith at their forge, the sturdy battlement that holds back the enemy, the powerful army that keeps the peace or the learned sage that dispenses wisdom to all and sundry. It is power harnessed and channelled towards constructive ends. The other face is a brutal one, the simple naked application of force, generally in a mindlessly destructive way. It is strength without reason or restraint; the horde that pillages all in its path, the siege weapon that batters and smashes all in its path, the bully who oppresses all before them, the clever jackanape that keeps others in bondage through application of the rules of society.

Verys is sometimes used to embody the idea that the great should command the weak, either by seeking its fealty or by crushing it completely. This also colours its interaction with other runes; those it cannot command it seeks to destroy.

In Dawn it is used alongside Jotra, Tykonus and Feresh to signify Glory – in this case the glory that comes from the exercise of strength and power.

In some ancient rune sets, Verys and Kyrop, the Rune of Weakness are represented by a single runestone, with the direction in which it is drawn and laid determining which meaning it takes on.

As with the other Summer runes, Verys is used in magic that enhances or supports. Unlike several other runes, it grants strength and prowess directly rather than enhancing what is there. It has little patience for weakness, however, and can be dangerous to apply to those who are too weak to control the strength that flows through them.

Throughout the Empire, warriors and soldiers bear Verys as a touchstone. It appears on armour, weapons and shields, and is a common symbol worn as a tattoo or brand.

Here is a digitized version of Verys in .jef format, suitable for a 7x5 hoop. File:RuneVerys.jef