The only difference between a privateer and a merchant is that the privateers get their goods cheaper. 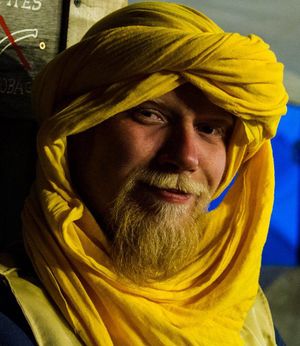 Corsairs epitomise Freeborn daring and adventure. Since the earliest days of the Brass Coast, their ships have ranged across the known world seeking opportunities for trade and excitement and defending both Freeborn and Imperial interests at sea. The corsairs embrace these traditions, but they excel as sea-borne raiders who prey on barbarian shipping passing through the Bay of Catazar. The Freeborn detest piracy, but they regard privateering as a perfectly legitimate form of warfare - and a highly profitable one at that. By focusing their attacks against the ships (and occasionally coastal settlements) of nations the Imperial Senate has declared barbarians, they not only avoid censure but gain the approval of the Empire.

Few corsairs are just privateers - most engage in foreign trade when it suits them, especially when the Bay is undergoing a period of relative stability. Their most common enemy is the Grendel but it has been decades since a serious Grendel attack has threatened the Empire, and most of that force were sunk long before they reached shore. There are still sporadic engagements between the orc ships and the ships of corsairs, of course, but increasingly corsair families are looking further afield - to trade with foreign nations.

There is a significant difference between a pirate and a privateer. If the Freeborn applaud the triumphs of their corsairs, and enjoy the wealth and plunder they bring back, the Empire tolerate it because the actions of the corsairs damage the barbarians who dwell across the bay from attempting a naval invasion. Problems arise if a corsair chooses to engage in piracy against the shipping of a foreign nation that is not at war with the Empire. Though more profitable, this can lead to a breakdown in diplomatic relations or even a shift towards open hostility. This can, in turn, prompt sweeping action by the Senate - as seen in the Summer 378YE motion to place civil service observers on all ships leaving Imperial ports.

There is some grey area where ships belonging to slavers are concerned - more than one corsair has justified attacks against vessels from the Asavean Archipelago and the Principalities of Jarm as missions to free slaves.

As professional sailors, corsairs often have their own odd traditions which are unique to their ship or family. While they make light of it, corsairs often appear superstitious to outsiders. They often express the idea that luck, fortune, or chance are things that can be attracted or driven away and engage in odd behaviours intended to encourage good luck or discourage bad luck. Partly, this stems from the sailor's awareness of how much their life and livelihood depends on the vagaries of forces beyond their control - especially the weather. Many corsair songs and stories personify luck as a whimsical man or woman, a force of nature akin to a storm. When luck is with a corsair, this figure is friendly. When luck turns sour, this mythical figure turns cruel and hateful. Fortune is often depicted as the paramour of Death, alternately seeking and fleeing the grim reaper's embrace.

Corsairs who are followers of the Way tend to hold the exemplar Zemress in special regard. Occasionally, a corsair priest will attempt to have Emperor Barabbas recognised as an exemplar of Prosperity - many corsair families got their start thanks to the Highborn Emperor's shipbuilding programs - but the idea has never gained much traction due to the prevailing opinion that Barabbas was a profligate fool.

Whereas many families maintain a small, well-equipped force of warriors, it is much more common for everyone in a corsair family to be able to fight except for a small, well-financed force who take a more supportive role. This tendency to encourage everyone on a crew to learn to fight helps make the corsairs the scourge of the open sea - and is sometimes the only difference between them a traditional Freeborn family. 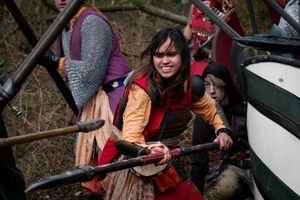 Mobility - and the ability to swim - are preserved by avoiding heavy armour.

Unlike other Freeborn warriors, who are used to fighting in large open spaces, corsairs developed their fighting style on ships, on the narrow alleys of ramshackle pirate ports, and on treacherous beaches all over the world. Each corsair fights in the style they are comfortable with - one may favour a hooked axe, another a pair of short blades. Battles at sea often begin with an exchange of missiles - as a consequence, many corsairs are proficient with javelins or bows, and while it is not common the Catazarri crossbow is also a popular weapon. The bhuj - the trademark Freeborn heavy spear - is also popular, especially among shipboard marines who value the ease with which they can skewer boarders or send them tumbling into the sea.

Because they value mobility (and the ability to swim), many corsairs are lightly armoured. The bold show off their success with ornately gilded plate, especially if they are anticipating a fight on land. More pragmatic corsairs favour a hauberk of mithril scale with an easily-doffed helmet and toughened leather greaves and bracers.

In battle, many corsair captains like to lay out a goal or goals for an engagement then trust the crew to get on with it, rather than spend time on complicated tactical plans or worrying about contingencies. On the occasions where a corsair has served as a Freeborn general, they have been notable for their commitment to making sure the soldiers under their command understand as much about a battle as possible - the better to empower them to react to the tumultuous, changing circumstances on the field of war. Obviously, this "seat of the pants" approach to warfare can cause a great deal of friction with those used to imposing a top-down strategy.

There's a tide in everything; ride it right, and you make your fortune.

The corsairs are designed to encourage a more general mix of fighting and trading than a traditional family. Moreso than other Freeborn, corsairs are adventurous and crave excitement. They're much more likely to take personal risks in the pursuit of profit or a new experience. They embody a swashbuckling approach to life, and to a degree are inspired by the antics of Sinbad in stories and film.

A corsair group is created like a Freeborn family but emphasises ships and fighting. The fleet resource is an obvious choice, but a band of corsairs is also likely to include one or more military units that may represent marines. That's not to say that everyone in a corsair family will be a sailor - there is plenty of room for other Freeborn archetypes. One member of a corsair family might be a priest or sutannir who oversees an island congregation, while another might be concerned with trading the goods the family brings back from barbarian ships and foreign parts to other Imperials (represented by a small business).

Most corsair families have a "base" which is almost invariably somewhere on the shores of the Brass Coast, and will represent both the harbour from which the family fleets operate and probably the location of any other personal resources. You might hail from a large settlement on the mainland such as Siroc or Cazar. Alternatively, your family may lay claim to one of the innumerable islands off the coast of Madruga and Feroz. Some small islands may be home to a single corsair family, which the larger ones are more likely to be shared by two or three groups. It is a rare corsair who is not based in Madruga or Feroz since neither Kahraman nor Segura have a coastline.

It is uncommon for a corsair family to contain a powerful ritual coven, although not unknown. When a corsair group needs magical support, they traditionally seek the aid of the hakima. Indeed, there are groups of hakima who make the corsairs the focus of their attention, concentrating on supporting and subtly guiding corsair families to the benefit of the nation. Rituals that enhance a corsair ship such as Blood and Salt and Sular's Promise are the most popular enchantments.

A lone corsair is a perfectly acceptable character concept - you might represent a larger "off screen" corsair family, or be an independent captain who embraces the free-wheeling philosophy of the corsair. 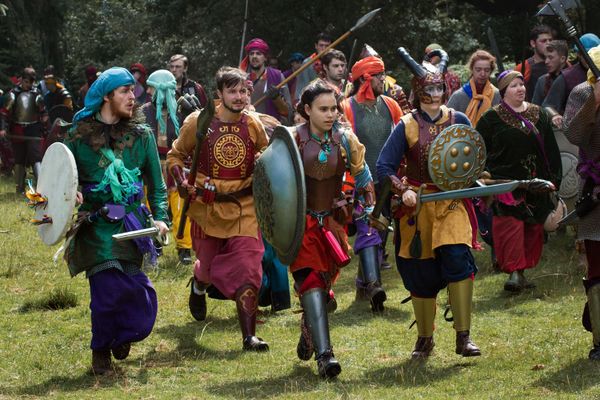 While their true strength can be found at sea, corsairs can be just as capable at fighting on land as any other warrior.

Corsairs tend to dress more simply than other Freeborn, preferring practical trousers and a light tunic when they are working. Their flair for wealth tends to show through with jewellery worn at wrist and neck. Metal chains are especially popular with corsairs, as are pieces that appear exotic to Imperial eyes - especially those that have an exciting story attached to them.

Corsairs are not the only people who own ships in the Brass Coast by any stretch. However, the corsair character concept revolves around boats, sea-travel, and fighting. They cultivate "larger than life", flamboyant attitudes, often portraying themselves as swashbuckling adventurers. They share the traditional Freeborn distaste for personal boasting, but they take great pleasure in telling embellished stories of their escapades. The goal is to stress how exciting and dramatic their lives are, rather than how brilliant their personal accomplishments are. You may want to play your character as a little "wilder" than your fellows on the Brass Coast - enjoying the opportunities presented by "shore leave" to enjoy good food and drink and good company before returning to sea for extended periods of time cooped up on a ship in the middle of the ocean.

As a corsair, you should be aware of your luck and may want to adopt a few harmless superstitions about it. You may laugh off any suggestion that you take ideas of luck and fortune seriously, but as a sailor you are aware that random chance plays a large role in your survival and prosperity. You may engage in specific actions that you only half-believe will attract good luck or keep bad luck away.

If you own a fleet, you should consider making regular raids against the Grendel. You will earn a good living from such raids but it will also gain you valuable influence in the election for the Broken Shore Bounty, which is a seat on the Imperial Bourse that provides the rare material ilium. Many corsairs consider control of this resource to be especially prestigious, because of the triumphs needed to achieve it.

It may be worth noting that the corsair is not a criminal archetype. By default, they raid the ships of the enemies of the Empire. They do not prey on the ships of their fellow Imperial nations, nor do they regularly attack the ships of neutral foreigners.