The Jarl stared briefly at the Lasambrians kneeling before her. These orcs were a poor excuse for people, they had surrendered quickly despite having weapons in hand. The ghodi had assured her that the Lasambrians had ancestors of their own but what manner of being would bother to return for ones such as these? Perhaps they were right to fear death. She motioned to the ghodi to offer them the choice and walked away to leave him to it. He could tell her later what they had decided.

She was pleased to see the White Horn runesmith was waiting at her tent for her. "Send a rune crow to the King." she ordered "Tell him that the war is a poor hunt, that the Lasambrians surrender as often as they fight. We expect victory within one season, two at most, provided that the humans keep to their word."

She waited for the magician to bow and then leave to cast his runes before easing herself into her chair and beckoning for her thrall to fetch her a drink. The King was confident that the Empire would keep the treaty, but her clan had been fighting in the West Ranging for over a year and she was certain she knew better. Let the King send them a final warning, they would not heed it. They would come rushing to help their allies, and then she and her clan would finally have a fight worthy of the name. 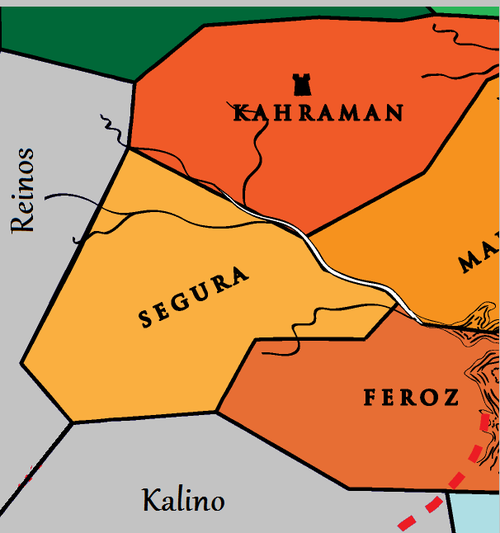 Imperial scouts stationed in the Brass Coast have sent numerous reports of military activity on the other side of the border. Pillars of black smoke, visible from Yellow Chase and Burnish. A great cloud of carrion crows seen from Beacon Point, and the western woods of Serra Damata. A few orc bodies - Jotun and Lasambrian - floating down the tributaries of the Scorrero.

At the Spring Equinox the Lasambrian delegate had pleaded for help to defend them against the Jotun invasion. By the first days of Summer, it is clear that a full-scale conquest is underway. It seems the Jotun have attacked in force, a great host of orcs down out of Narkyst. The Faraden merchants who come through the Reinos hills to Anduz speak of legions of Jotun burning and killing their way south. It seems the delegate's words were true, left to themselves the Lasambrians are no match for the mighty Jotun.

But perhaps that is to judge them unfairly. Within a few days of the Jotun attack beginning, stories buzz up through the long grass of Andozeseri of another attack, against the southern Lasambrian hills in Kalino. Not the Jotun this time ... but the soldiers of the Iron Confederacy, marching beneath the banners of the Duke they call "the Grey Wolf".

Now that the towers of Anduz are repaired, a slow trickle of Suranni merchants make their way to Sarvos, to the newly completed embassy there. They seem genuinely surprised that anyone in the Empire cares about what is happening to the south.

"Why should you bleed for these bandits? These thieves, these murderers, these savage thugs? They have raided your lands for decades just as they have done ours. Arav the Judge has brought them justice, we are simply the bearers of his judgement." they claim, perplexed by any that question their actions. "The Grey Wolf is acting to protect our trade routes north - and the borders of his Duchy. Once the orcs are gone, we will share a border - and trade will flow that much easier. And at the end of the day ... they are just orcs, after all! What are orcs before the glory of Kobol?"

Not all in Segura are prepared to argue with them. Some remember the sons and lovers, the daughters and parents, those of their tribe and their family, sent to the funeral pyres by the Lasambrians when they invaded Segura ... those never given a decent funeral, buried in mass graves by the bandits once they had done looting them. Others talk of the recent concord and the desire of the Freeborn to be friends with any who come in peace.

It seems the fate of Lasambria may now lie in the Empire's hands.

A week or so before the Summer Solstice, a small delegation crosses the border into the dry plains of Segura out of the western hills. They come under a flag of truce. Juevar of the Hierro is with them - the tall representative of the Lasambrian clans who has visited the Empire many times since the ceasefire and the declaration of peace. With him this time are warriors, however - including one of the generals of the Lasambrians, the leader of the army of the Hierro clan. They are coming to Anvil, to petition the Empire for aid against the Jotun, and against the Iron Confederacy.

They are given escort, and begin the long trek from the westernmost borders to the heart of the Empire. Days later they are followed by a further delegation - grim faced men dressed in long surcoats and mail. They claim to speak for the Grey Wolf, for the Iron Confederacy, by the grace of the gods of the Suranni people. They wish to address the Senate - they refuse to disclose their business but even a fool can guess what they are coming to talk about.

And then finally a flock of winged messengers arrive bearing a single blunt message from the Jotun to the Imperial Senate.

Senators and citizens of the Empire, heed our words, let there be no misunderstanding between us.

We agreed a treaty of peace with you. It remains in force until the day of the next Spring Equinox.

We both agreed to permit raiding - but no more than this. You have violated this treaty twice now.

Once by sending your Navarr to try their cursed magics in our lands.

Once by sending your soldiers to aid the Faraden in their war against us.

Twice we have tolerated this, for you are only human and we know that honour is difficult for you to understand.

We will not permit a third violation. Our honour will not allow it.

If your armies or your military units march to help the Lasambrians then you must know that the treaty between us will be no more.

The civil service have confirmed that if the Lasambrian general is here to ask for help then they are able to enable Imperial military units to support his army. However, in light of the clear threat from the Jotun they are refusing to act without clear instruction from the Senate. The official response is to point to the constitution which gives the power to declare war to the Senate and to The Throne. "I'm not having the Synod do a Bridget on me" is the unofficial response... 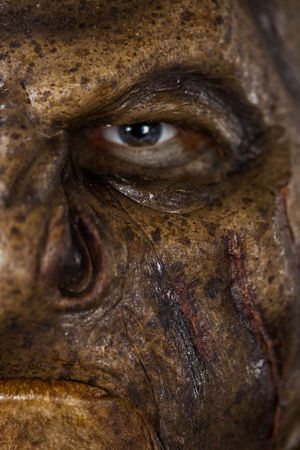 Lasambria is invaded ... twice. The Jotun have swept down from the north, while the Suranni have invaded from the south. There are only a few sketchy reports of course, but there is enough to suggest that these are serious attempts at conquest rather than casual attacks.

The Lasambrian delegation are likely to have more news of what is going on and the state of the invasion. The presence of a Lasambrian general in Anvil while his territory is being invaded suggests that the situation is grave but it also creates a number of options for intervening which did not exist previously.

If the general of the Hierro clan requests it, the opportunity would exist for Imperial military units to assist that army against the Jotun. Critically however, previous experience in dealing with the Jotun shows unequivocally that they will stick to their word and regard any such action as a declaration of war that nullifies the existing treaty.

As a result, any action in support of the Lasambrians which fundamentally requires significant logistical assistance of the civil service (such as assigning military units to support a Lasambrian army) will not be possible unless the Imperial Senate first successfully passes a motion abrogating the existing ceasefire with the Jotun.

At this time, no opportunity exists to assist the Lasambrian armies fighting the Iron Confederacy in Kalino. If such an opportunity were to become available, the civil service would only enable military units to do so if the Senate declared war on the Iron Confederacy. As with the Jotun, previous experience of the Suranni has shown that they will treat any military engagement with the Empire as an act of war.

Individual citizens who are able to act to help the Lasambrians without the assistance of the civil service are free to make their own decisions.

A small delegation of Lasambrians came to Anvil to negotiate with the military council. The Senate passed a motion to abrogate the Jotun ceasefire, and accepted a treaty to provide military support against the Jotun in northern Lasambria.

There is no further news from southern Lasambria.