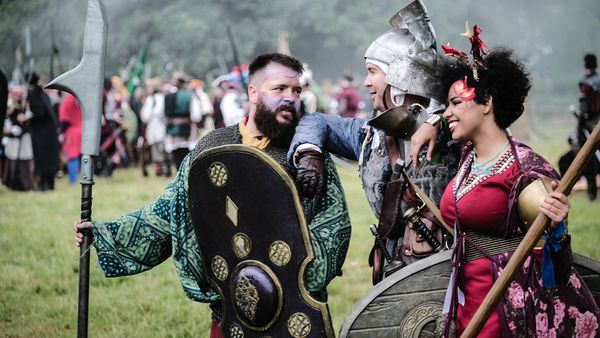 The inspiration for the setting is drawn from the late Byzantine period to the early Renaissance era. In creating the visual styles for the nations we have been inspired by some of the images from the Lord of the Rings movies, the Assassin's Creed and Dragon Age computer games, HBO Borgias and the Game of Thrones television series, the Starz Camelot series and even the BBC Merlin series.

The setting and the style of the game has also been influenced by modern fantasy literature, especially the highly political worlds of Jim Butcher's Codex Alera and Joe Abercrombie's The First Law.

The game is not a historical setting; history is just one of the starting points that has been used to create the distinctive looks and the culture of each nation. We want players to create characters and wear costume that fits the setting and their part within it. To help with this the wiki includes extensive information about each nation, the costumes that are appropriate and advice on how to create the right look. The goal is for everyone involved to be ambitious and work together to create a game that looks stunning and sets new standards for immersion.