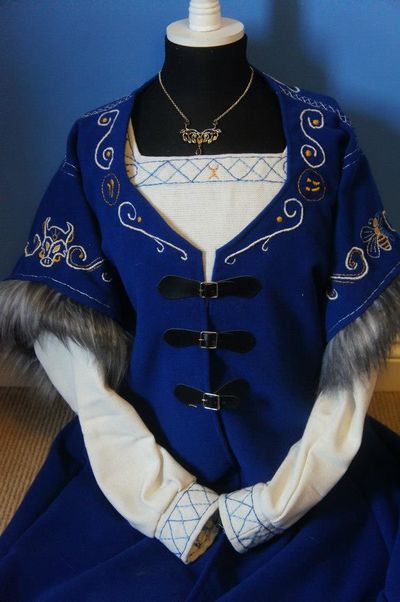 During the Autumn Equinox 381YE, a ritual enchantment was entered into Imperial Lore that increases the power of a magician using one of these valuable robes. Aid Once More allows the wearer of a Volhov's Robe to use its power an additional time each day, granting additional versatility.

A volhov's robe allows a magician to form a temporary group with other users of this item, but they do not create a true coven bond when doing so. When two (or more) solo ritualists use these robes to perform a ritual together they cannot make use of ritual paraphernalia, or other effects that target the coven bond (such as Twist of Moebius.