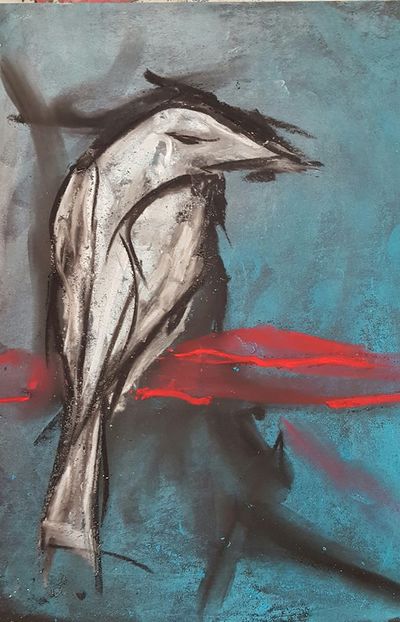 Wise Rangara is outwardly the least malign of the Winter eternals.

Most commonly, Rangara is called "The Wise."

She is also known as The Ancient One, Eldest or Grandmother Winter and Kind Rangara, all epithets intended to flatter her and show the respect she considers so important. Some Kallavesi use the name Pale Raven when speaking of her, while the Varushkan wise ones use the old Ushka name Clever Spider. Regardless of the name used, Rangara herself demands respect and finds flattery entertaining - the more florid the greetings she is given, the more amused she becomes.

Outside her hearing she is sometimes called the Cruel Lady, or the Crone, but woe betide someone who refers to her as such within her hearing - such individuals will be ejected from her presence and may well receive a curse for their insolence.

One of the oldest known eternals, Rangara appears as an extremely old woman with snow-pale skin. She is believed to be blind, although this does not seem to effect her ability to perceive visitors and should never be mistaken for weakness - indeed most scholars agree she has a supernatural ability to penetrate disguises and transformations in those who come before her. She wears a cloak of black feathers, and either a dark cowl or more often a ritual mask made from the bones of a great bird, likewise covered in feathers. .

Wise Rangara may be encountered alone, but is often assisted by dark figures that combine elements of birds with humanoid form. Sometimes she is accompanied by a human child, often expressing a strong draughir lineage who she refers to as her apprentice.

The exemplifies the strength that comes from old age and tradition. She possesses great stores of knowledge, and often has a keen insight into difficult situations. She expects respect and politeness from those who meet her, and insolence or disrespect may be answered with expulsion from her presence and sometimes a curse. She prefers the company of older humans, those with hard-won experience gained over a long life. She believes that wisdom is gained by experience, but that it can be passed to other people. She is disdainful of books and schools, however, and expresses the belief that wisdom is only really passed down from one person to another person - anything else is just knowledge, which is not the same.

She has limited patience with the young - she always prefers the company of older folk to younger folk. The exception is her love of children. This appreciation of the young is double-edged; while she often indulges their foolish behaviour, she is also known to send her heralds to lure clever children to her to serve as her apprentice. She controls at least one chamber containing a cottage in the deep woods where her apprentices stay while serving her. She is known to take an extremely dim view of those who harm or kill the very old or the very young without good reason.

Wise Rangara served as a patroness to the Ushka people, and she maintains a soft spot for their descendants the Varushkans. She is always interested in the doings of the Varushkan people. She also has a long tradition of good relations with the Kallavesi mystics, and is usually happy to welcome one to her presence. By contrast she is known to have had conflicts in the past with both Suaq icewalkers and Urizen stargazers and those who identify themselves as such often receive a chilly reception.

Wise Rangara does not appear to be able to read. While she is blind, her illiteracy seems to have little to do with her lack of sight - she has demonstrated the ability to easily identify colours and fine details by handling objects, for example. On the few occasions that someone has quizzed her about this or offered to help her she has claimed that she is too set in her ways to learn to read. Her apprentice reads anything presented to her - she has several times said that she finds children to be best suited to read documents as their lack of preconception often allows unexpected insight into the words or their writer.

In Wintermark she is strongly associated with the rune Irremais. 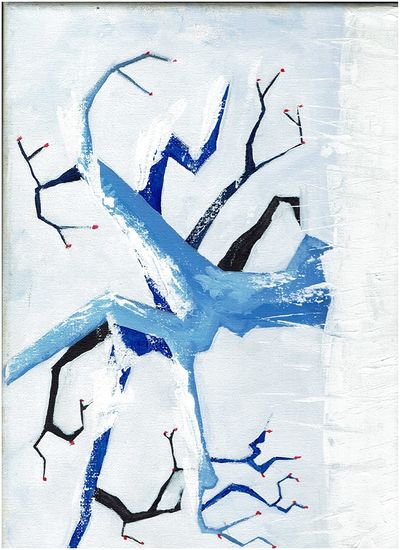 Wise Rangara is one of the oldest of the known eternals.

The most important thing to understand about Rangara is that she never gives anything of value away without exacting an appropriate price. She warns those who bargain with her that nothing of value is every gained without price. She rarely barters with those she is dealing with; she states a price, and if it is not appropriate she rarely agrees to a counter-offer. The prices she exacts are often painful, and often involve an effort to teach the bargainer a lesson of some sort. If the bargain appears too good to be true, scholars warn, be very careful as there is likely to be a hidden catch.

The Eldest is a mistress of herbs, and can brew any potion. She can also combine herbs in such a way as to create unique elixirs, salves and infusions beyond the ability of mortal apothecaries. Often these potions require a strange or symbolic element in addition to the normal herbs - the blood of a warrior or a tear from a boyar, for example. She is known to request difficult quests from those who ask her for potions, usually involving gathering a unique ingredient some of which goes into the potion and some of which she takes as payment. According to stories she can brew a draught that renders the one who drinks it immortal - they will continue to age, but they will not die except by violence.

Her cauldron is believed to be an especially potent artefact, and she sometimes lends or gives magical cauldrons to those who gain her favour. These items may duplicate the effects of talismans such as the Escharotic Cauldron, while others have offered benefits to cabals of apothecaries or ritualists as a form of. The Sisters of the Silver Goblet in Dawn, for example, received a cauldron that allowed their coven to use herbs in their rituals, renewed each year in return for unknown service.

Rangara possesses great stores of both wisdom and knowledge gathered over her long existence. She can often identify objects by handling them, sometimes having special insight into their nature or purpose. Likewise she can examine and understand any enchantment or curse simply by examining it, and can often remove supernatural curses especially those that involve nightmares or compulsions.

She has a great interest in dreams, and sometimes trades small trinkets in return for stories of strange dreams, especially those that later prove to be prophetic in some way. She sometimes trades with mortals for the ability to dream their dreams - those who accept find their sleep wracked with terrible nightmares for the duration of the exchange. On occasion Rangara has repaid this boon with knowledge gleaned from these dreams, sometimes even that which has to do with past lives.

Rangara can deliver horrible curses, but she rarely offers this ability to others. Her curses are often tailored to ironically punish their victim, and despite the fact they tend to be less debilitating than ritual curses, are often surprisingly difficult to remove. On rare occasions in the past some winter archmages have brought criminals before her and asked her to judge them. She is known to be a ruthless judge who often interrogates a guilty person to see what else they are guilty of. The reason behind her judgements is not always obvious -she has been known to pardon criminals who acted for the good of their families while punishing those whose transgressions appeared minor. Needless to say Imperial Magistrates do not consider Rangara to be an Imperial authority - something her allies have occasionally tried to rectify.

"You are a hero of your Empire, not a spoiled child to demand a treat for sweeping the step.

"What you come by too easily, you value too little. If you were to sweat, and bleed, and strive for six months to possess a smooth stone from the beach, just a simple stone, I would say that you would value that little stone more than any amount of silver.

"As to the parents of the little boy... either they will kill you and realise that their son was threatened and learn to protect him better; or you will bring the boy to me and they will learn the lessons that loss teaches. In time they will come to me to bargain for his return, or they will realise they did not truly love him after all and he will abide with me until he is of age.

"Either way, the boy will be safer and his parents will have learnt a lesson."

Rangara has a special interest in children; her apprentice is always a human child, and rarely of any lineage other than draughir. Children who approach Rangara politely and offer her assistance may be allowed to spend time with her in her Realm. Those who do must be exceptionally careful to specify the duration of their apprenticeship - there are stories of unwise children who have failed to do so and end up serving the Cruel Lady for years until a family member is able to bargain with Rangara for their release. A child who spends time with Rangara usually receives a gift from the eternal when they return to the mortal Realm. Children who spend time with Rangara are very likely to return marked by the draughir lineage, and in later life often follow the path of the physician or apothecary. The eternal only ever has one apprentice at a time; before she will accept another she must be persuaded to release her current apprentice. There are several stories of families who have rescued foolish children from her by exchanging one child for another, sometimes through trickery sometimes by provided Rangara with an apprentice she considers "superior."

Rangara's Apprentice in Play: A player-character child may become Rangara's apprentice for a time. This will usually last between a season and a year. In such cases heralds may collect the child at the end of an event, but they will always be delivered safely to their parents by the start of the next event. Between events the player-character child will spend time with Wise Rangara in one of her many homes, and may be asked to achieve goals for the eternal during an event.

Children are only likely to be stolen away for a longer period with appropriate permission.

While an apprentice is more likely to become a draughir, or an apothecary, there's no requirement for this to be the case.