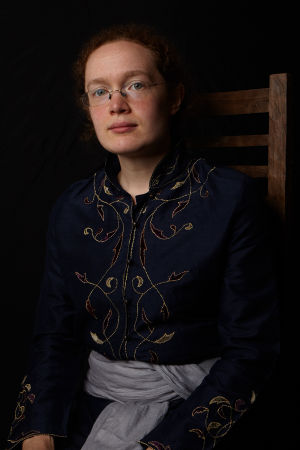 The Seer of the Gateway ensures the safety of citizens
experiencing a True Liao vision and records their experiences.

The position was established by the Senate at the Winter Solstice summit of 379YE. The Seer of the Gateway exists to ensure the safety, and record the experiences, of citizens returning from a past life vision.

The first Seer of the Gateway was Livia of the Spire of the Celestial Cascade of Urizen, appointed in Winter 379YE by the Assembly of the Nine. No other candidates were considered. Livia is a skilled Torchbearer with years of experience helping visionaries to recall every last detail of their vision, as well as dealing with the side-effects of the process. Even before being appointed to the title, she would often approach visionaries to ask for permission before their vision, and wait for them to emerge afterwards.

The Seer of the Gateway has four main responsibilities. Firstly, to safeguard the well-being of visionaries and guide priests partaking in True Liao. They are also expected to record the visions, and experiences, of visionaries and guide priests, as well as to publish and disseminate their records and any conclusions. Finally, they are expected to be able to purchase liao and other paraphernalia in support of their duties.

The Seer of the Gateway may remove up to five Thrones each season from the Virtue fund without requiring a vote. To use this power, the Seer of the Gateway must still place a judgement before the Synod, but it is considered to pass automatically at the point it is presented. Judgements to remove money from the Virtue Fund are in addition to any existing judgements they have raised normally.

When using this power, the Seer of the Gateway should still indicate the group or individual that is to be rewarded.

The Seer of the Gateway is expected to compile and publish accounts of Imperial True Liao vision. During the Summer Solstice 382YE, the Imperial Senate agreed to pay to distribute copies of these documents to every foreign nation with which the Empire trades. This decision was amended to exclude the Iron Confederacy.

The Seer of the Gateway is appointed by judgement of the Assembly of the Nine.

Any Imperial citizen may hold the title. The Seer has tenure, and serves until they die or step down. They can be revoked by the General Assembly and by the Assembly of the Nine.

During the Summer Solstice 382YE, the Senate agreed to fund the distribution of Echoes of the Labyrinth to foreign nations - or at least to the nations the Empire trades with. Some foreign nations have received the volumes enthusiastically, some a little less so. Details of the somewhat mixed response can be found here.

This title is currently held by Livia. This title has tenure, the occupant may hold the title until it is revoked, they die or they relinquish the position. The table to the right shows the citizens who have been elected to hold this title in the years since Empress Britta died.