Marchers favour plain clothes, simple hoods, hose and shirts. Wealthier characters might wear finer robes, cotehardies or a simple doublet but it will be still be a plain wool or heavy linen. Headwear is common, either a simple cap, or something like a hood and liripipe or plain chaperon.

Instead of shirts and hose women may choose to wear a woollen or heavy linen overdress such as a kirtle or cotehardie over a shift. The look is long, lean and smooth and laced to fit. Back lacing shows higher status and gives a better line. Side lacing is more usual. Tudor style kirtles with a fitted bodice and gathered skirt are not suitable for the Marches.

Doublets are common but should be short and simple, not the fancy slashed doublets of the Tudor period and later. Cotes are generally woollen (or linen in summer) and come down to somewhere between mid-thigh and the knee. Livery coats in the household colours are often worn over armour.

Padded gambesons or leather jacks are common for the poor with a harness of plate for richer individuals. Households often wear matching livery cotes, although simple sashes or badges are also used to denote afiliation.

Poor Yeomen may wear just a plain coloured jack or padded gambeson as their only armour. Wealthier Yeomen have livery coats in their Household colours and mail or plate over the top if they have it.

The head of a Household, a Steward, may wear richer colours, but wool not silk. Wealthy Marcher characters wear a full harness of plate in battle if they have it. 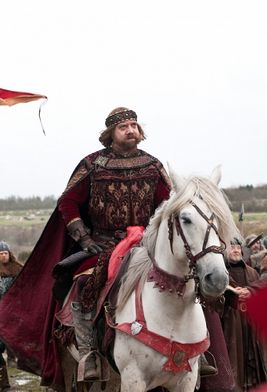 Woollen gowns may be worn – either with a neck opening or opening all the way down the front in coat style. They are usually long, anywhere between knee length and full length and can be worn over a doublet or dress. 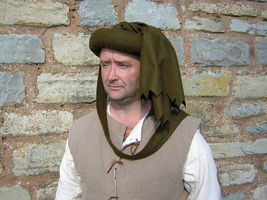 Hose, either joined or split, are worn with braies and a long shirt. Shirts are an extremely simple untailored cut, full in the body and sleeve, possibly gathered at neck and wrist.

For women an overdress like a kirtle or cotehardie gives a lean, smooth look. Headwear is common, either a simple cap, or something like a hood and liripipe or chaperon. 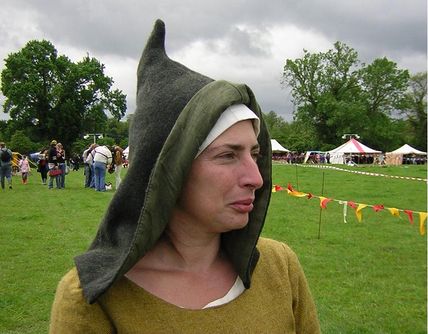 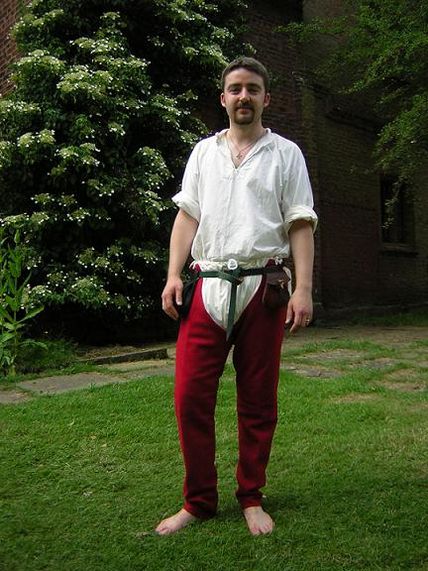 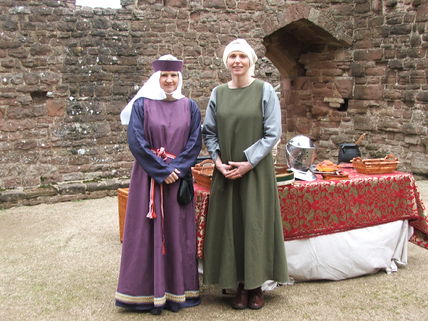 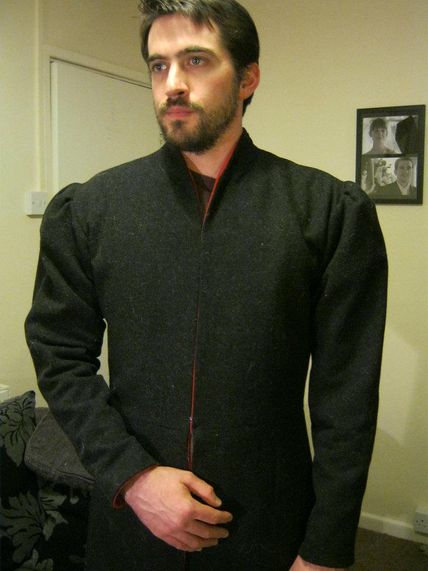 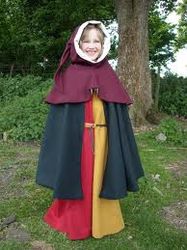