"Hear the words of Hirak the Huntsmaster!

Who speaks with the voice of the Frozen Throne!

The Drottningbjotha is called. The royal challenge of Cathan Canae.

A test of champions; a battle of heroes. A contest of prowess, stamina, and might."

Every nation of this land is invited to present a single challenger. Let them come together at the Square of Glory in the camp of the knights of Dawn. Let the challenge begin at the third hour after noon on the second day of the Solstice-gathering.

It is the will of Cathan Canae that each champion will be presented by a herald - someone to announce the strength and glory of the chosen champion, to let all present know the virtues they possess. Let the strong herald fill the bowels of the enemy heroes with fear; let them stiffen the sinews of their peoples' chosen warrior.

It is the will of Cathan Canae that, under the Law of the Empire, champions from other lands will come also. Already the call has gone to those to east and west, north and south. As chosen heroes they come; from the lands bordering the Empire and from further afield, to fight in the name of Cathan Canae.

It is the will of Cathan Canae that these champions fight one-and-one until only one remains. Let that one be crowned as victor and champion of their people. To that one Cathan Canae will give a gift, and they will stand within her good grace in the coming year.

"A duel of words; a clash of will. A war of spirit, skill and strength.

The Lady of the Blizzards has spoken, The Drottningbjotha has begun.

These are the words of Hirak the Huntsmaster!

Who speaks with the voice of the Frozen Throne!" 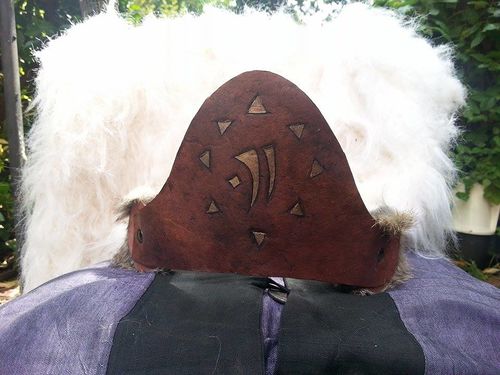 The Summer eternal Cathan Canae has thrown down a gauntlet. After the successes of Dawn against the Jotun during the Spring Equinox, she has invoked the Drottningbjotha - the Queen's Challenge - and offers the Empire a chance to participate. With the presumption of a Queen of the Summer Realm she has announced her plans to hold the contest in the Dawnish Glory square during the Summer Summit.

Each Imperial nation is invited to present one champion and one herald-announcer; each bout will be a one-on-one fight with a randomly determined opponent, and will be preceded by short announcements from the champions' heralds. Each duel continues until one side yields or is clearly unable to continue fighting. Once each champion has fought once, victors move on to the next round and so on until only one champion remains.

The ultimate winner receives a crown, and an undisclosed boon from the Queen of Ice and Darkness.

The Drottningbjotha (Pronounced: Drott-ning-BEE-yo-thar) is to begin at three o'clock on Saturday. Each of the ten nations of the Empire can put forward one champion, accompanied by a herald-announcer. How a nation picks a champion is up to them - in the event that two people turn up claiming to be from the same nation, the Huntsmaster will decide which one will fight.

This is not just an Imperial challenge - Cathan Canae has invited champions from other nations including the Thule, Jotun, Druj and Grendel but there are rumours of other participants from Faraden and Axos and perhaps even further afield. The assumption appears to be that these champions will be protected by the law of delegation protection, as amended by the Imperial Senate during the Winter Solstice last year.

The law of delegation protection (as amended by the Imperial Senate during the Winter summit of 378YE) clearly states that "Any delegations from barbarian nations who arrive on the field of Anvil under a flag of peace shall have protection under the law as if they were imperial citizens for the duration of their visit and for their direct passage out of the empire."

The intent is clear - while the Druj are on the field at Anvil, they are protected by all the laws of the Empire. Likewise, they are expected to respect and uphold those laws. Any violence against them will be treated by the magistrates as if it were violence against an Imperial citizen.

Champions from several foreign and barbarian nations contended with the ten chosen champions of the Imperial nations. The Drottningbjotha was won by the Dawnish questing knight Vulgaris Vicarious of House Orzel.