The Captain of the Senate Guard is an Imperial title with responsibility for protecting the senators and the public gallery whenever the Senate is in session. The title was created at the Winter Solstice summit of 377YE, and Irontide Isk appointed to the position by the Senate. It was last appointed in Summer 381 so next scheduled to be up for election in Summer 382.

In Winter 381YE, The Imperial Senate voted to amend the powers of the Captain of the Senate Guard to give them a 5 Throne stipend.

Unwelcome Visitor
There is a traditional defence to an assault charge which applies where unwelcome visitors who refuse to leave your camp are cut down, removed from camp and then provided with sufficient medical assistance to avoid permanent injury. One who is accused of assault but wishes to claim this defence should plead not guilty if it goes to trial. However, if the magistrate decides that the accused’s behaviour was unreasonable they will be found guilty. 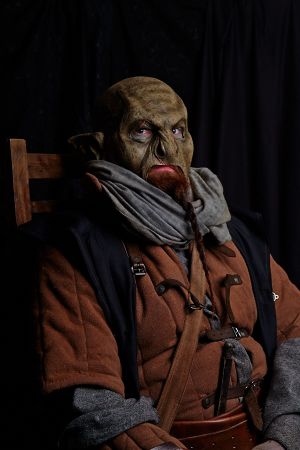 The Captain of the Senate Guard receives a stipend of 5 Thrones each season, with the intent to be used to reimburse the volunteers who guard the Senate when it is in session.

The Captain of the Senate Guard is appointed by the Imperial Senate through a motion of appointment.

Any Imperial citizen may hold the title. The Captain serves for a term of one year and they can be revoked by the General Assembly, the Loyalty Virtue Assembly, and the Assembly of the Nine. Under normal circumstances the Loyalty Assembly would not be able to revoke an Imperial position; when the title was created, the Senate explicitly chose to allow this exception.

This title is currently held by Arthur Bannerman aka Bam Bam; it will be reelected at Autumn Equinox 384YE. The table to the right shows the citizens who have been elected to hold this title in the years since Empress Britta died.