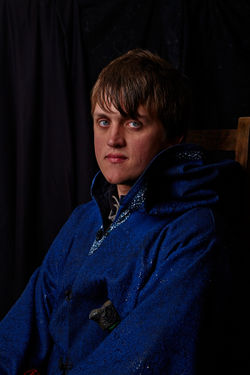 The position was established by unanimous vote of the Senate in Winter 377YE. The High Exorcist exists to advise the Military Council on the use of ceremonies on the battlefield. The intent is that the priest who holds the title will co-ordinate the use of liao against malign auras and creatures during Imperial military actions. A stipend was assigned to allow the High Exorcist to obtain, commission and distribute such items or works as are needed in support of this goal. Examples of the latter might include liao for use in ceremonies of exorcism or magical items such as a Beneficent Sigil or an Icon of the Justicar.

The original motion to create the title attempted to grant the Right of Address in the Military Council, but at the time this was ruled unconstitutional. Further examination of the situation lead to a reversal of that decision in 378YE. In Spring 379YE the Senate voted to increase the High Exorcist's stipend from the original 3 Thrones each season to 7 Thrones each season.

During the Spring Equinox 381YE the Senate voted to remove the High Exorcist's stipend and replace it with the power to withdraw funds. A veto was raised before the Synod against this motion, but it was not upheld.

The High Exorcist is expected to advise the Military Council on the use of religious ceremonies on the battlefield, and to co-ordinate volunteers using liao against malign auras and spiritual enemies.

The High Exorcist has the right to make a address to the Imperial Military Council once per summit. This is intended to allow them to advise the Military Council on spiritual matters, to offer assistance or to ask for assistance in helping the priests of the Way to better support Imperial forces. To use this power, the High Exorcist informs the Herald of the Council that they wish to make an address, which willthen be added to the agenda for the next Council session.

The High Exorcist is appointed by judgement of the Assembly of Nine during the Winter Solstice.

Any Imperial citizen can hold the title of High Exorcist. They can be revoked by a lesser majority of the General Assembly.

To Veto the Senate proposal to abrogate the High Exorcist Stipend of 7 thrones per season from the Imperial Budget and grant them the power to withdraw 7 Thrones from the Virtue Fund without the Synod being at to vote or veto.

This title is currently held by Finna i Fijadoz i Guerra; it will be reelected at Winter Solstice 384YE. The table to the right shows the citizens who have been elected to hold this title in the years since Empress Britta died.