Liaison to the Temple in Nemoria

Liaison to the Temple in Nemoria 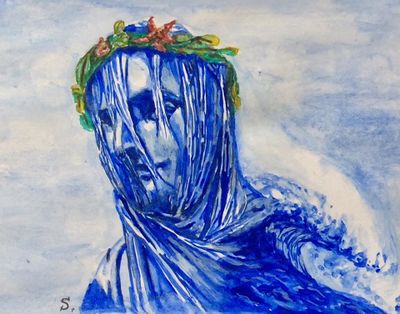 The Temple in Nemoria is an effort to bring Asaveans to the Way.

The Liaison to the Temple in Nemoria (or Grand Prêtre des Sept Seigneurs de la Vertu as the Asaveans insist on calling it) is an Imperial title charged with maintaining good relations between the priests at the Temple of the Way in Nemoria and the Asavean populace.

The Liaison is responsible for supporting the Temple of the Way in Nemoria, and maintaining the relationship between the Imperial Synod and the priests serving there. For the most part, this is likely to involve smoothing over any conflicts, and dealing with any problems of opportunities related to the Temple.

Imperial priests serving in Nemoria will look to the Liaison to resolve any issues between themselves and the Asaveans, in conjunction with the Ambassador to Asavea and the Assembly of the Nine.

By donating liao to the temple in Nemoria, the Liaison receives gifts and recompense in a manner identical to that of a ministry. The Liason spends their liao and makes their choices during downtime from their character page. Liao is removed from, and resources are placed into, the character's inventory when the downtime is processed.

Following the imposition of sanctions on trade with the Asavean Archipelago during the Winter Solstive 382YE, the cost to use the ministry has increased by roughly two-fifths reflecting the fact that both the trade goods and the liao alike are subject to tariffs by the two nations.

This title is appointed during the Winter Solstice. The Liaison is appointed by a judgement of Appointment in the Freeborn National assembly.

Any Freeborn citizen may hold this title. They can be revoked by the General Assembly, the Freeborn Assembly, and the Assembly of the Nine.

The Temple of the Way in Nemoria

The temple is built of white granite, patterned after the Basilica of Seven Doors in Bastion, albeit on a smaller scale. An outer ring of seven shrines, each consecrated to one of the seven virtues, surround a single great hall beneath a white marble dome dedicated to the Way itself. Where the Basilica in Bastion stands at the heart of a public park, the Temple in Nemoria is surrounded by a marble-paved plaza with four beautiful fountains.

The shrines dedicated to each of the virtues contain prominent statues of the renowned paragons, and smaller statues of the renowned exemplars. The central hall, dedicated to the Way, contains fewer statues. Used as an auditorium and lecture theatre, the space is intentionally kept empty but the walls of the Hall of the Way are decorated with a number of beautiful marble frescos depicting the mysteries of the Labyrinth, and the Doctrines of the Faith. Regular sermons are held here for the benefit both of local followers of the Way (a minority in Asavea), and guests interested in learning more of the Imperial faith.

While there is some animosity from some of the local priests - the Way is closely associated with various slave rebellions and with the hated Sumaah Republic in the eyes of many Asaveans - the temple proved moderately popular with the Nemorian populace. This is most likely due to its novelty value than from any deep interest in learning more about the foreign religion, however. This novelty value persisted until Summer 383YE when news reached the Empire than an angry mod had attacked the temple and seriously damaging it, injuring and in one case killing the priests assigned to support it.