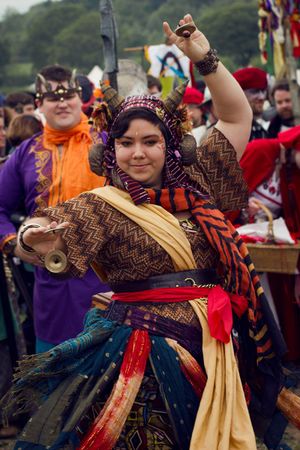 Constanza i Kalamar i Guerra,
Elected as Mistress of the Glass Parador in Summer 379 YE

The Mistress (or Master) of the Glass Parador is an Imperial title awarded to a Freeborn citizen. It is a national position appointed through the Bourse.

The Mistress of the Glass Parador was initially created to help preserve the integrity and reputation of the merchants of the Brass Coast. The title grants the use of beautiful offices in Siroc, and coincidentally offers endless opportunities to acquire valuable goods for personal use or profitable resale. Corsairs and merchants who are looking to sell their goods quickly will often approach the Mistress of the Glass Parador or one of her agents, and she is regularly consulted by the citizens of Siroc on minor matters related to good conduct and business.

The luxurious Glass Parador itself is centrally located, and constructed of beautiful white marble columns, gorgeous stained glass windows and delicate lanterns lit by fine quality lightstones imported from Urizen. It has a small permanent staff, and is a regular stop for merchants and travelers visiting Siroc from all over the Empire and beyond.

The Mistress of the Glass Parador is expected to ensure that paradors and merchants operating in and around the City of a Thousand Sails are trading honestly. Many of her duties are ceremonial - she is often asked to officially launch new vessels, or to offer advice on business ventures that will travel to distant or dangerous lands. In return, Mistress receives preferential treatment from many corsair and merchant fleets operating out of Madruga, or who visit the Jewel of the Bay.

In actuality, the Mistress of the Glass Parador is no more or less likely to be a paragon of honesty than any other Freeborn merchant. Indeed, they often encounter more opportunities to receive bribes or make disreputable deals than they would if they did not possess the title. This being the Brass Coast it is expected the Mistress will take advantage of the connections offered to enrich themselves. The role offers ample opportunity to purchase luxury goods such as vibrant iridescent gloaming or polished weltsilver.

As a ministry, the title of Mistress of the Glass Parador allows the holder to purchase quantities of special materials at a set price. The Mistress spends her money and makes her choices during downtime from their character page. Money is removed from, and resources are placed into, the character's inventory when the downtime is processed. 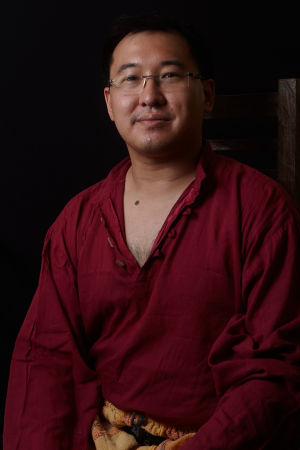 This title is appointed during the Summer Solstice. The Mistress of the Glass Parador is appointed by citizens of the Brass Coast who control fleet personal resources who have engaged in privateering during the previous year. The larger the fleet an individual has, and the more time they have spent privateering, the more votes they can allocate in support to a candidate. The voting is handled by the civil servants in the Bourse.

Only a Brass Coast character may hold the title. They do not receive a seat on the Bourse. As a title appointed through the Bourse they cannot be revoked by the Imperial Synod.

This title is currently held by Anselmo i Valiente i Erigo; it will be reelected at Summer Solstice 384YE. The table to the right shows the citizens who have been elected to hold this title in the years since Empress Britta died.