The Night Quarry stands in Mieriada, in the Varushkan territory of Miekarova. Custodianship of the Night Quarry grants an Imperial title; a seat on the Imperial Bourse, and a seasonal bounty of valuable white granite.

The Quarry is located high in the mountains of Miekarova, near the Painted Caves. White Granite is produced here using a technique that fills the air with a fine white dust that quickly settles on the skin. As a result the workers have a ghostly pale complexion until they wash. There is some conjecture that the Ushkan predecessors to the Varushkans used fine powder gathered here to create a white pigment used extensively in their beautiful cave paintings, although they remained unaware of the bounty of valuable stone that lay beneath their feet.

The massive white granite deposits were discovered and exploited by the early Varushkans, and worked extensively for centuries before the formation of the Empire. The Varushkans were not pleased when the Imperial Senate voted to make the Night Quarry an Imperial, rather than National, resource; they had assumed that like the Granites of Veltsgorsk and Eternal Shafts of Time it would remain under the control of the Varushkan people. When the Quarry, along with the Hunt of Alderei the Fair, were "taken away" from the Varushkans, it greatly tested the unity of the early Empire. According to some historians, the decision was heavily influenced by a coalition of League and Highborn senators who wished to prevent Varushkan dominance of the early Imperial Bourse. Some Varushkans, especially those from Miekarova, would like to see the Night Quarry returned to their control.

During the Orc Rebellion, the quarry was the site of a notable atrocity, an early engagement between orc slaves and Imperial troops known as the Night Quarry Massacre. After two weeks of intermittent fighting around the quarry, Varushkan troops and revolting slaves alike were slaughtered when Thule barbarian raiders happened across it and took advantage of both sides' weakness. To this day, workers claim to hear the occasional moans of trapped orcs, dying warriors and exultant Thule echoing in dark, giving the site an unwholesome reputation 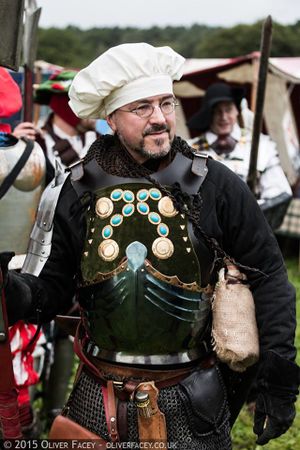 The Seat has no particular responsibilities; they simply receive a bounty of white granite which is theirs to do with as they will. If the Night Quarry were to be threatened in any way, it would be the responsibility of the Seat to deal with those threats. Likewise, if any particular opportunity were to arise related to the Night Quarry, the Seat would expect to be consulted as to how that opportunity might be resolved.

Custodianship of the Night Quarry is retained for a year, or until the citizen holding the seat dies, or steps down. An Imperial Bourse seat cannot be revoked by the Imperial Synod.

This title is currently held by Pavuk Vid Strascovich; it will be reelected at Summer Solstice 384YE. The table to the right shows the citizens who have been elected to hold this title in the years since Empress Britta died.